The Trolls of Aetolia

Trolls originate from the frigid northlands of the continent, and are distinguished by their powerful builds, rough, leathery skin, and an infamous stubbornness. Most closely related to Orcs and Ogres, the Trolls range widely in skin tone - most frequently some shade of gray, green, or brown, though many Trolls are substantially paler, darker, or redder.

The Troll appetite is famously boundless, in order to fuel their legendary powers of regeneration. Troll culture does not particularly emphasize the merits of education or learning - as such, many Trolls turn toward martial pursuits, or mercenary and criminal work, to make a living.

They are often regarded by the other races as unintelligent and easily fooled, at least partly due to the fact that many Trolls speak a nonstandard dialect of the Aetolian language. 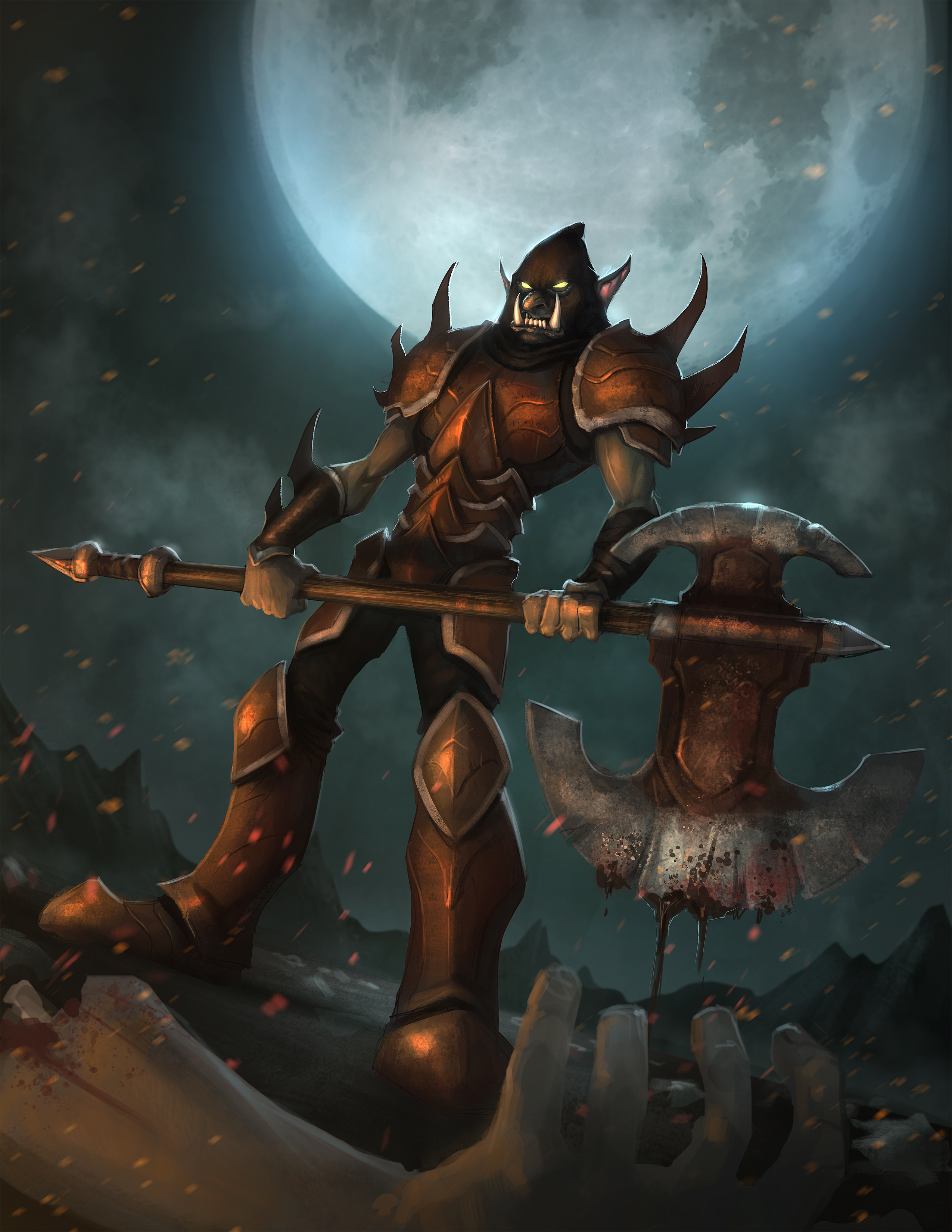