The Kelki - sleek, smooth-skinned, fishlike creatures - are the favored race of the amorphous sea God Slyphe, and were once the most populous race in the east of Sapience.

Various circumstances, most notably Ankyrean experimentation, sharply diminished their numbers and forced them back into the Beryl Sea. Since the destruction of Kelsys by the rise of the Kerrithrim, the Kelki have been scattered across the eastern coast and more sparsely elsewhere, with their most populous settlement being Mournhold.

Their scales vary through shades of grays and blues, and despite rumors to the contrary, they birth live offspring. 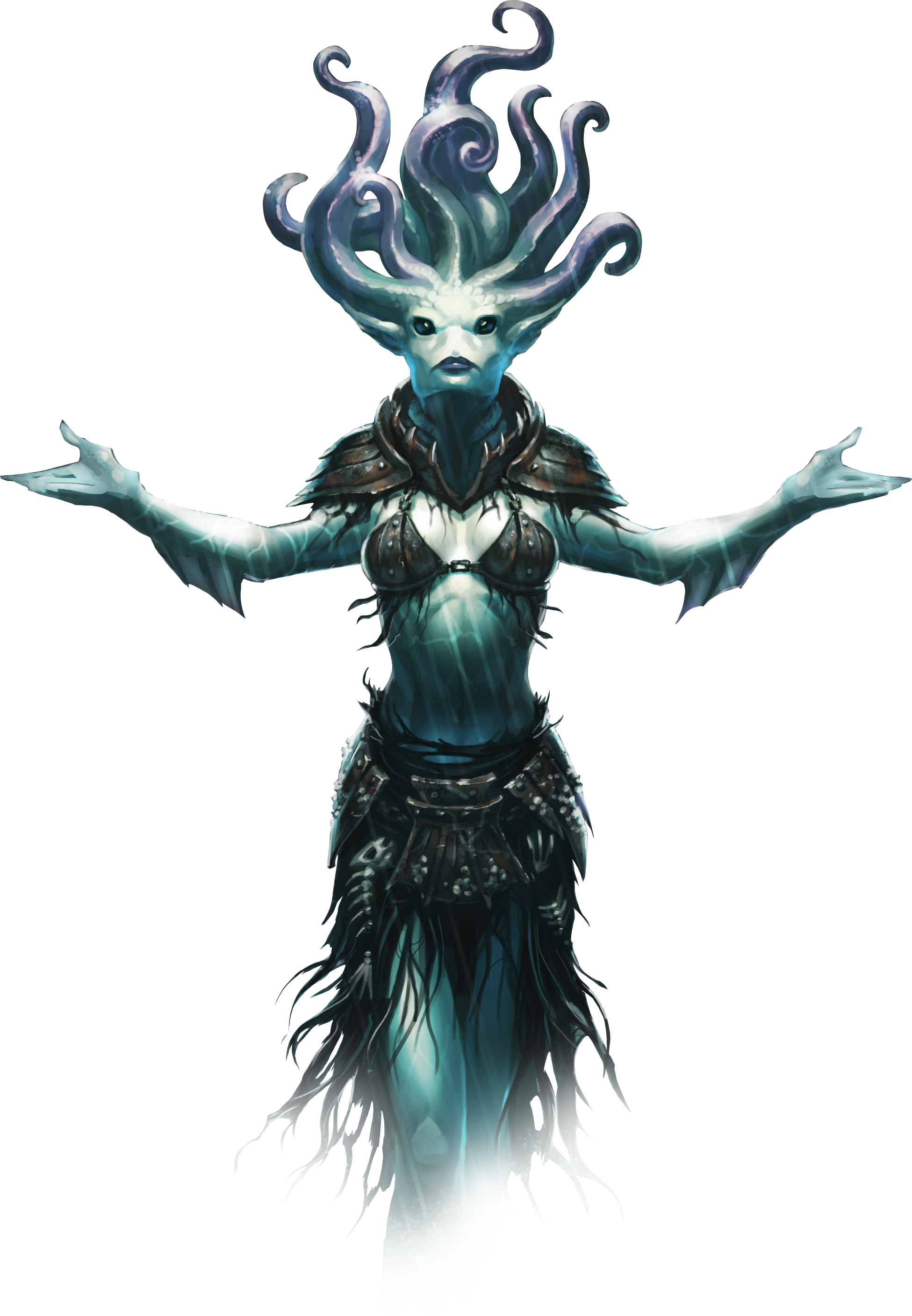