The Rajamala hail from the Itzatl Rainforest, descendants of the empire of Farsai - the once-great regime was destroyed by the Dark Empire, internal corruption, and the malign power of Ati, spawn of the Shadow Mother.

Most Rajamala are descended from immigrants into other parts of the continent, or from natives of the village of Saluria, the last indigenous settlement of Rajamala in the Itzatl. As Human-like felines, they closest resemble bipedal tigers.

Their eyes are bifurcated, and their fur ranges in hue and patterns - sometimes purest black, sometimes white, but most frequently tawny, red, and brown dashed with dark streaks. 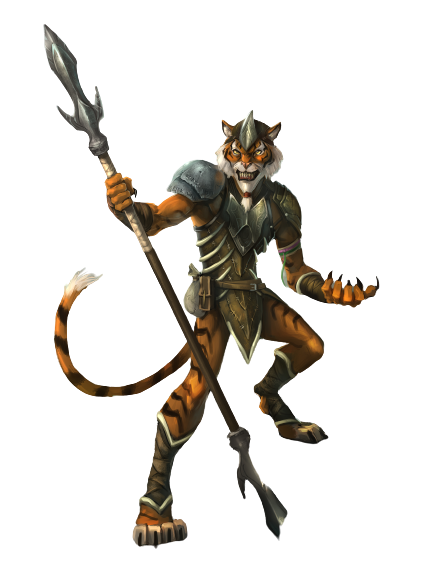