The Kobolds of Aetolia

The Kobolds of Sapience have a long and tumultuous history, seen as early as the First Epoch. Along with the Goblins, they are the children of the former Goddess Khepri, the Trickster, prototypes to Her favored Imps, and had been driven from the land of Sehal early on due to perceived inferiority.

Working close with their sister race, the Goblins, Kobolds tended to more spiritual and creative forays, being expert stone and gemcutters, as well as tinkerers. In the distant past, they were often seen as far south as El'Jazira, and as far north as the Great Rock, where they would war against the Ophidians. This was the case up until they were united and compelled to dig what is known today as the underground castle of Azdun. 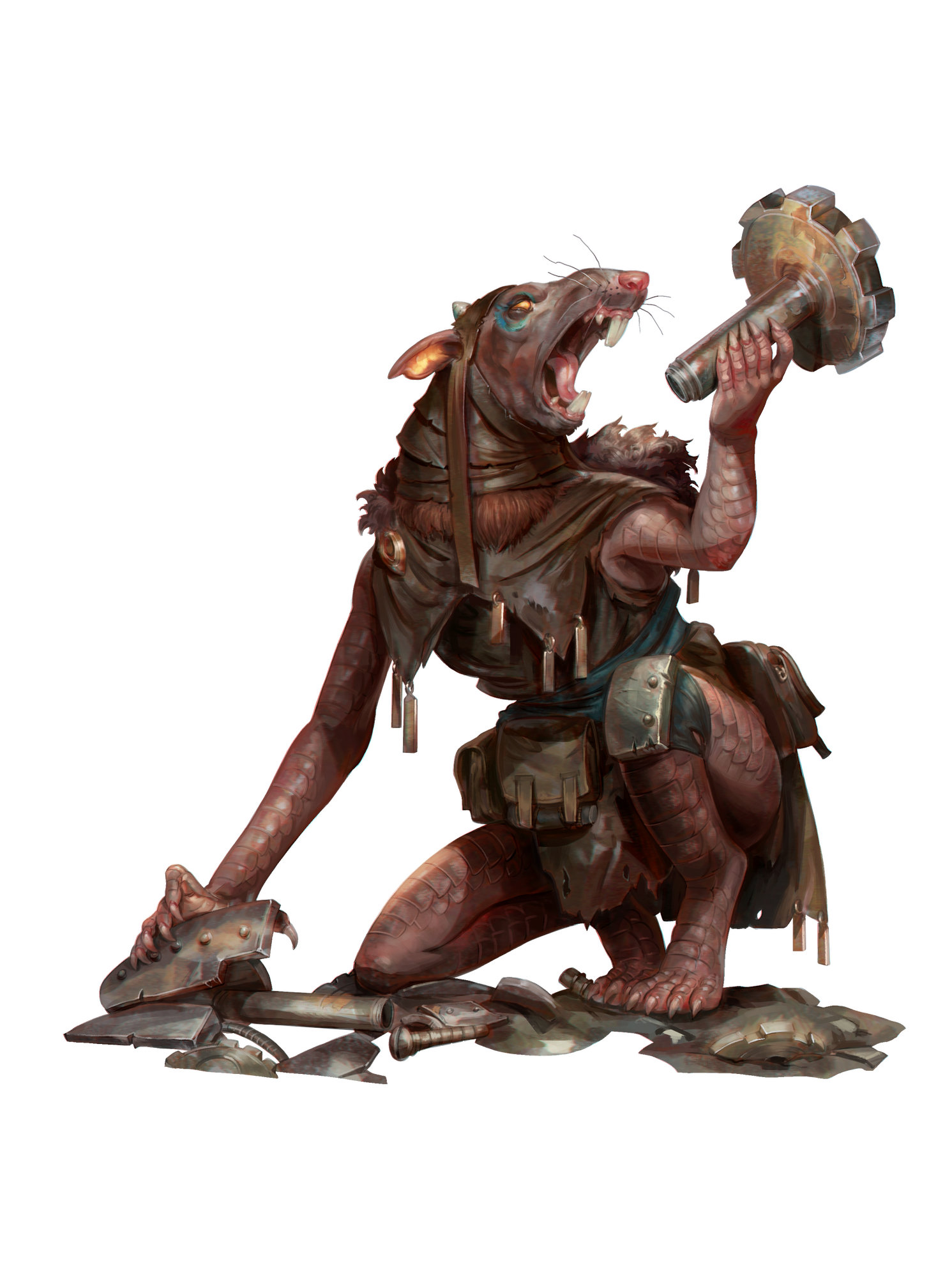 Kobolds are traditionally innovative, if dangerous, who seek to improve and alter their surroundings with whatever bright idea they are fixated upon at the moment. They care about practical application rather than aesthetics. Food incorporates things grown under ground, particularly tubers and burrowing rodents.

These Kobold trend rat-like faces and an increased focus upon tinkering and experimenting with rudimentary and magical contraptions. Rock Bottom is a village built within the shadow of the Great Rock in unity with the Ophidians, under the leadership of Kobold Empress Agra and Ophidian Emperor Pa'akth. Associated with Bloodloch and Spinesreach after the war of the Liruma. (Events 234)

The Kobold of Siha Dilys trend dog-like faces and magery with the elements and spirituality. In the caverns beneath Azdun, the Kobolds and Goblins have formed an alliance against the encroaching Chiav. They are associated with Enorian, many having trained with the Beacon's guilds. (Events 145)