The Ogres of Aetolia

The Ogres, like their cousin Orcs, bear distant relation to the Trolls, all three of the races having been created through the machinations of the Goddess of Corruption sometime in the First Mortal Epoch. The Ogres were cave-dwellers to begin with, and preyed upon travelers that passed near roads that cut through the territories they held. Eventually traveling to Dun with the Orcs early in the First Mortal Epoch, the Ogres used their size and strength to intimidate and crush the humans of the valley.

Ogres were used as shock troops by the Indorani Empire, who found their size and lumbering gait ideal for the work of enslavement and subjugation they desired. Many served in the military, alongside Orcs, and when the Empire collapsed they, too, were left destitute, and villainized by the other humanoid races.

The Ogres, while associated with the Orcish proclivity for warfare, tended to devote their intelligence to other matters; many Ogres were devoutly religious, paying homage to many Gods among the pantheon and revering the earth in particular. Owing to their travels, they had obtained a wide variety of interpretations concerning the Aetolian pantheon, with influences from the Theran Humans, Salurian Rajamalans, Ophidians, Xorani, and others. So it was that in the culture of two races that arose in Dun, the Ogres showed preference for religion and magic in spite of their great size.

Massive in height and girth, Ogres have black, beady eyes and skin that displays in hues of stone grey - a characteristic that allows them to blend in with the walls of caves, the sides of mountains, and other rocky outcroppings. They possess angular, imposing features that set them apart from many other humanoid races.

Men of the Ogre race are distinguished, in many cases, by ritual scarification, which is added to across a man's lifetime. Scars endured in battle are often incorporated into the design. Designs tend to be passed down through families, although scars signifying wisdom, priesthood, and other honored vocations are often administered in addition to family patterns. Scarification begins young, and its completion - often involving the administration of the most painful scars - signifies a man's coming of age.

Though Orc men also follow this practice, the two races possess differing designs. The origins of this practice come from the time of the Indorani empire, where marks upon the flesh and scarring corporal punishment were common; Orcs and Ogres, often called upon to punish their own, found resonance with Rahnite philosophy. The practice thus endured beyond the fall of the Indorani, and is still widely employed in the diaspora despite objections from more contemporary Dunnite philosophy. 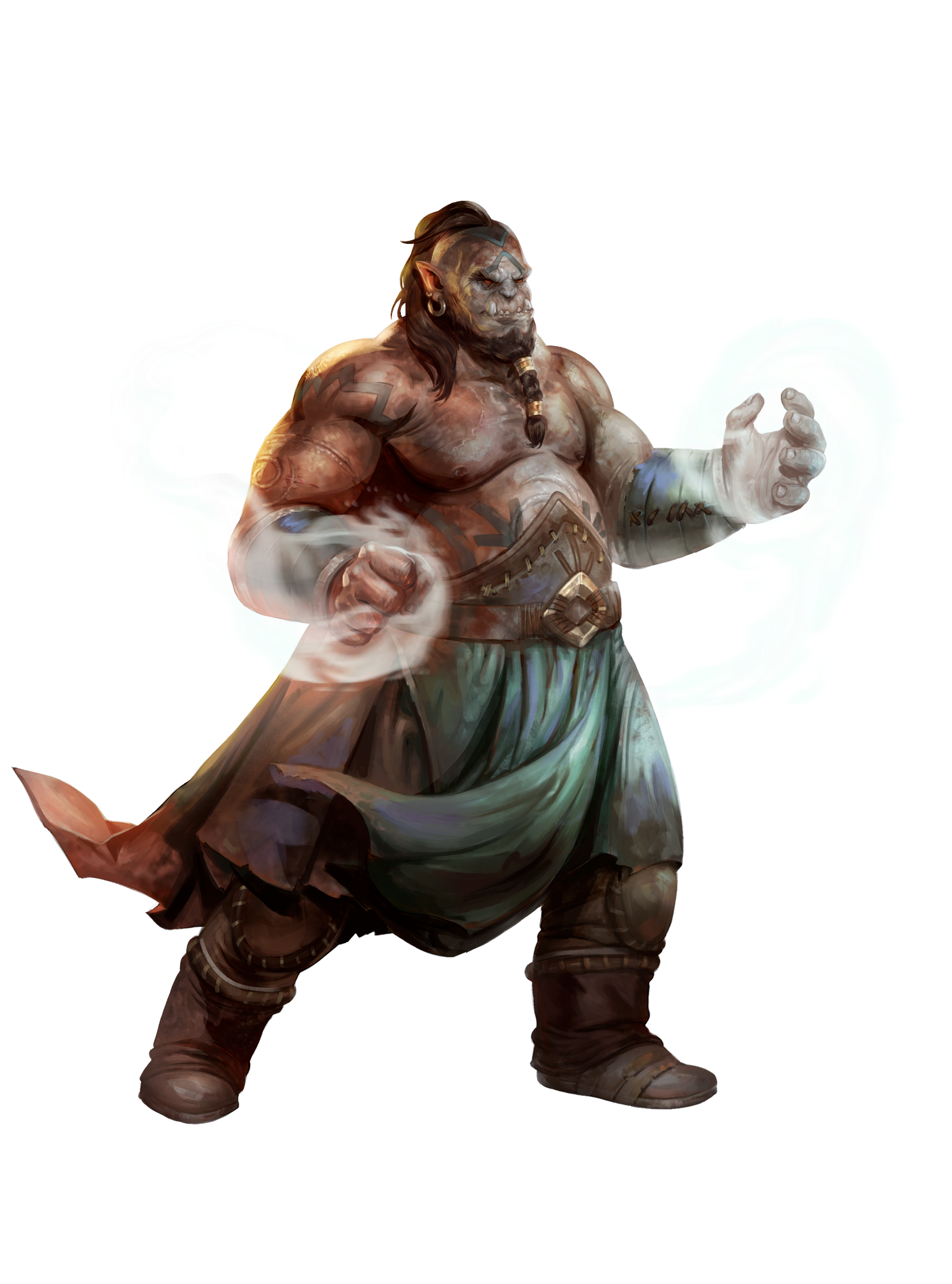