The Gnomes of Aetolia

The Gnomes are a race of diminutive humanoids, small in stature but often keen in wit and intelligence. Originally created during the First Immortal Epoch, Gnomes are an offshoot of the Zao Sazi, a progenitor heritage they share with several other races that have survived into the modern day.

Unlike the tumultuous history of their sister races - the Kobolds, Imps, and Pixies - the Gnomes have typically adopted an isolationist culture, becoming very rooted in their home. Content to ignore and be ignored by the perils and vagaries of the wider world, a Gnome taking up permanent residence outside Gorshire has ever been a newsworthy, often even scandalous event.

After grudgingly relying on the help of adventurers in order to safely launch the Gorshire Mining Syndicate (a venture prompted by increasingly depleted reserves on the land of their ancestral home), the Gnomes have begun to set aside their traditionally insular ways.

Under pressure from the people, mayor Gorbert has agreed to allow young Gnomes the chance at a life beyond the sheltered valley as adventurers in their own right. 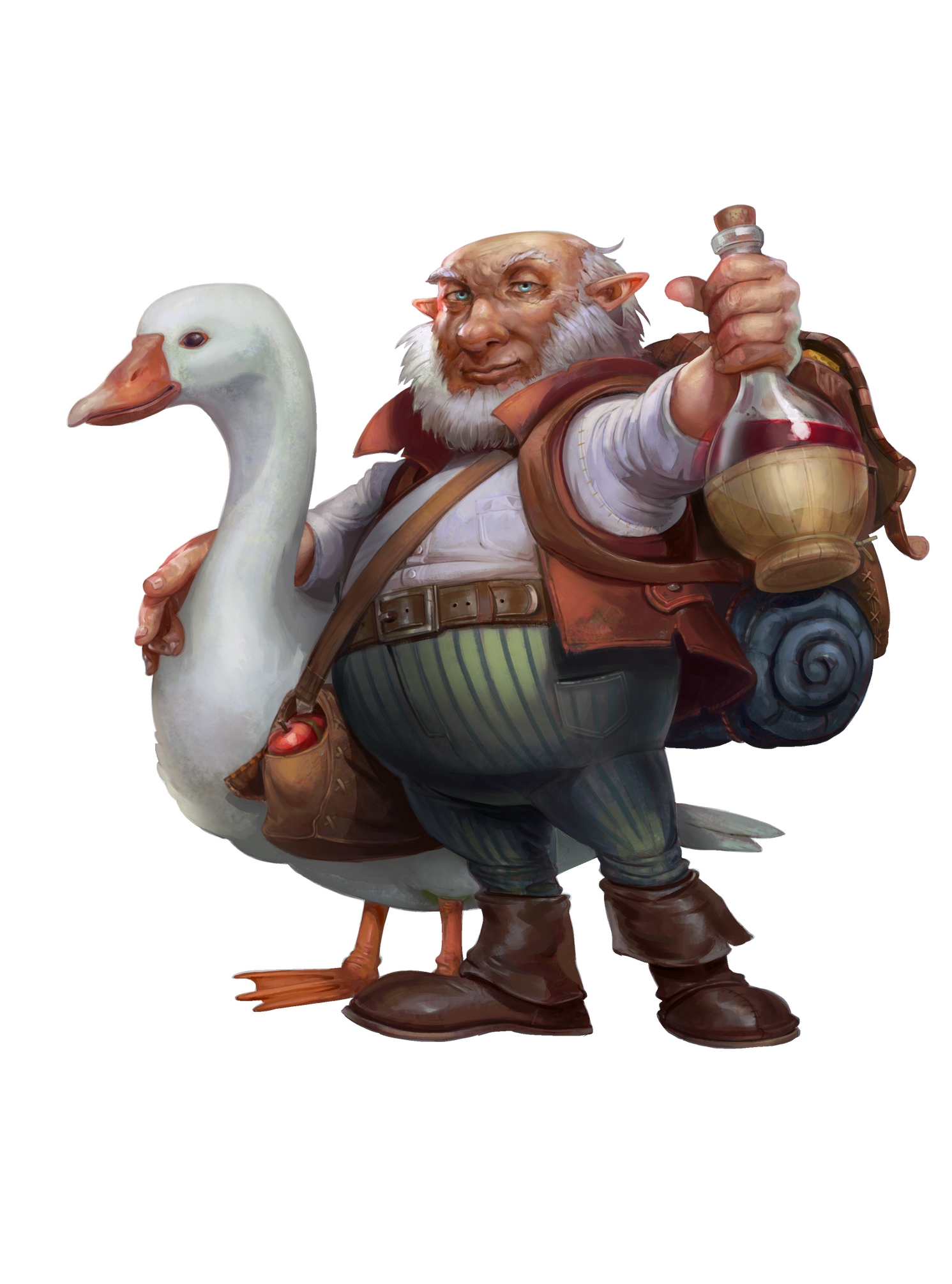 As a people, Gnomes possess an inherent love of food, farming, and animal husbandry (particularly of geese and sheep) deriving from their heritage as part of the Zao Sazi who opted to settle the inner plains of the continent and work the land. This reliance on the bounty of the earth extends to modest skill in harvesting other natural resources, particularly metal ores through various mining operations.

In addition to their fondness for field labour, some Gnomes also enjoy an innate affinity with magic, natural intelligence lending itself well to the creation of ingenious enchantments. So reputed is the Gnomish magic-tech that the Enchanter's Society of Mournhold boasts two Gnomes - Rosiyaris and Ercryn - as founding members and permanent residents therein.

The study of Spirit and its related magics is most common among Gnomish scholars. Though some daring academics have delved into the domain of Shadow to varying degrees of success, the inherent risk and danger renders this an uncommon field for a people whose interests have historically lain almost wholly with a traditionalist, home-focused culture. A common cautionary tale among the students and alumni of the Gorshire University (see below for further details) is that of Enchanter Filwin, who, in an almost trite tale of reckless overconfidence, attempted to devise new enchantments by channeling directly from Shadow. It was, of course, a disaster; he succumbed to the Shadowbound plague in the mid fifth century and was summarily, if unfortunately, executed.

Centuries of seclusion have elicited numerous predictable consequences for the Gnomes. Stubbornness and resistance to change are natural side effects of a culture exposed almost exclusively to its own views and experiences, lacking the diversity of perspective enjoyed by more cosmopolitan societies. Scepticism and secular mindsets are common; there are neither chapels nor churches in the Valley of Lodi, and mistrust of the Gods is widely considered to be healthy. Tradition and routine form the backbone of everyday life, and breaking from these is considered the height of frivolity.

An overwhelming majority of the Gnomish population resides in the Valley of Lodi, near the Putoran Hills. Nestled in Lodi's grip, the Village of Gorshire exists as the primary civilisation of the Gnomish people. Lacking elaborate governance or other civic structure, the town is 'ruled' for lack of a better term by an elected mayor (though elections seem few and far between, likely a result of the aforementioned slow speed of change and contentment with maintaining a status quo) and secured by the efforts of its constabulary.

Most frequented by the very young and inexperienced, the simple lifestyle of the Gnomes has proven compatible with those who are still unsure of their place in the world. Lodi's tranquil atmosphere, pleasant landscape, abundance of arable farmland, and relatively safe location away from the threats imperiling much of the main continent make it an ideal home for a quaint and carefree existence.

Conversely, however, the rich bounty of metal ores beneath the Putoran Hills has now been largely consumed and depleted, the once-fruitful mines gone dry. This is but one of several factors that have prompted the Gnomish people to look beyond the borders of their home for the first time in centuries and in so doing, seek resources elsewhere.

Of particular note is the Gorshire University. Recognised throughout the world for their talent in magical enchantments, the university stands as a prestigious centre of education for all Gnomes with a penchant for mystical study.