The Races of Aetolia 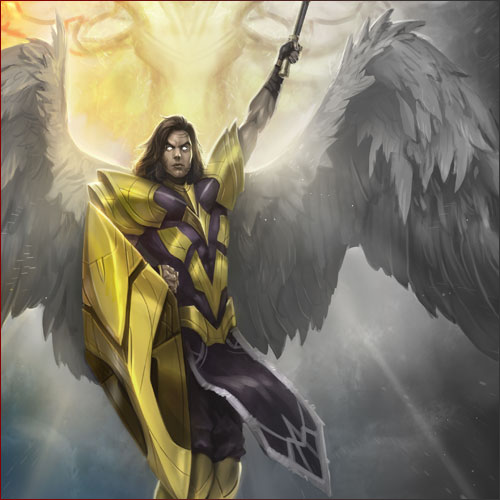 With their powerful feathery-white wings, the race of Atavians lift themselves high into the sky.

The freedom of this avian race is unmatched in the Midnight age, as is their talent for flight. They stand otherwise nearly identical to their Human cousins, though they view them with some measure of disdain.

Born close to the earth, the Dwarves of Aetolia are a stout and resilient people. Their preference for solitude deep within the highlands of the realm is not a deterrent for those who seek other ends, and they are just as often found striding powerfully through the city streets. Their ancestral home has been long lost in the darkness of the Midnight Age, but this is of little consequence to the nomadic peoples of the Dwarven race. Home and Hearth can be built anywhere, and no one is as dependable as a Dwarf. 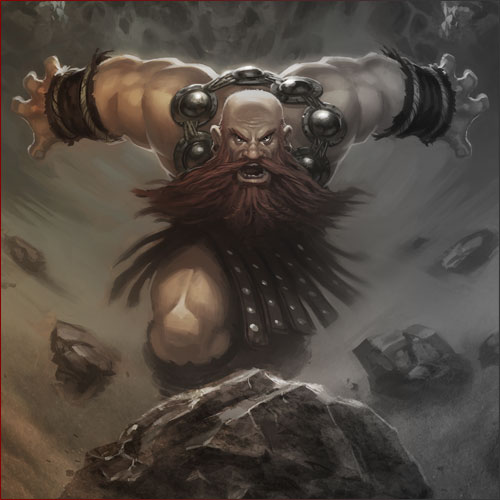 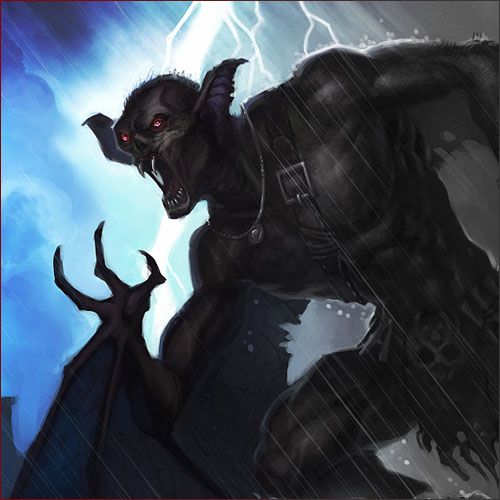 The chiropteran Grecht inhabit the distant Dehkay Plateau, hidden high above the icy reaches of the Northern Tundra. Stark black to slate-grey in appearance, the Grecht have limited powers of flight, able to soar thanks to the thin wing-flapsconnecting their arms to their bodies. Lithe and thin, the Grecht are a people well-adapted to the atmospheric reaches of their homeland.

Perhaps the most intelligent of the mortal races, the Grook are a people shrouded in mystery. The only known settlement of Grook is located within the misty swamps of the island of Ulangi, and its people are quiet and secretive about their ways. Their frog-like form makes them particularly well adapted for their semi-amphibious lifestyle, but physical attributes have definitely been lost to time in favor of a greater mastery of the mind. 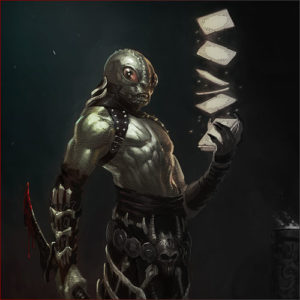 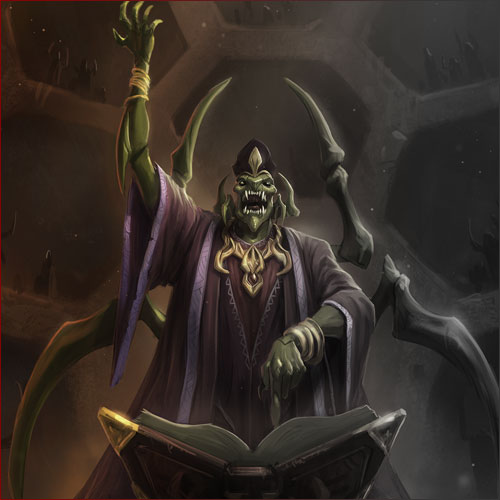 Cooperative and disciplined, the Horkval are a race of insectoid people who have grown powerful in the realm of Aetolia. Their race is known for its determination and teamwork, though most outside of the hives are posessed of a strong individualism and self-awareness. Their powerful legs allow them to reach areas others cannot, and their chitinous bodies lend them a natural protection unmatched by any other mortal race. These blessings of the body have taken their toll on the Horkvali, however, and they find themselves less prepared to master the magical arts.

The race of Humans is adept at many things, but their true expertise is in their ability to adapt and grow. Where many races have settled in one or two areas alone, Humankind covers the realm with an equal influence. The cities are filled with the voices of Humans, and their hands have shaped society since the start of the Midnight Age. 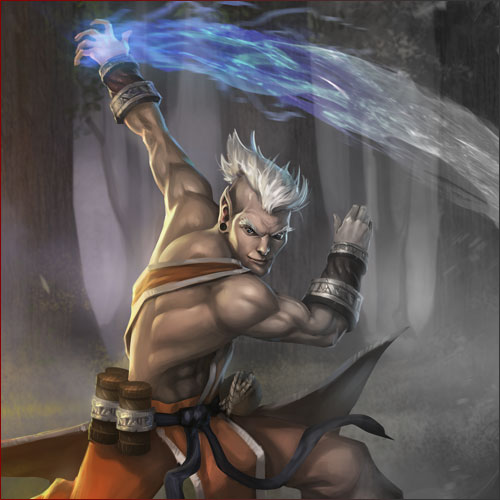 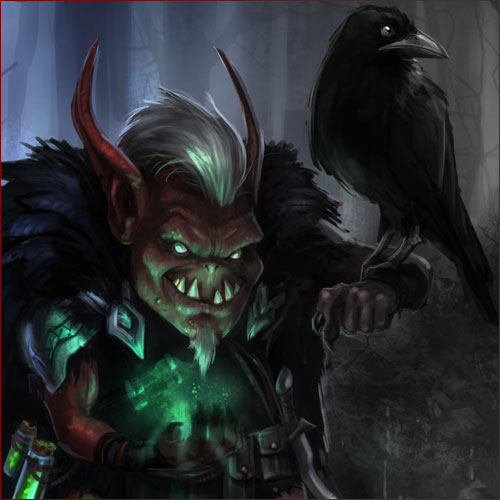 Small and cunning, the Imps were chosen by Khepri for Her games and tricks, their devilish natures making them perfect for Her pranks. Their short stature conceals their voracious appetites and they are well known for their grating laugh. One should never trust an imp entirely, at least not if one prefers to keep their possessions, gold, and dignity.

Kelki are sleek, smooth-skinned humanoids with webbed fingers and toes. They are often found pulling machines apart and putting them back together with their nimble and dextrous fingers. Slyphe created the Kelki by tinkering with various fish and sea mammals, looking for just the right combination of intelligence and flexibility. 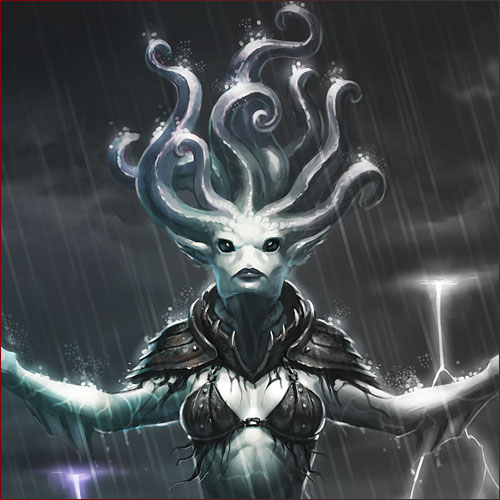 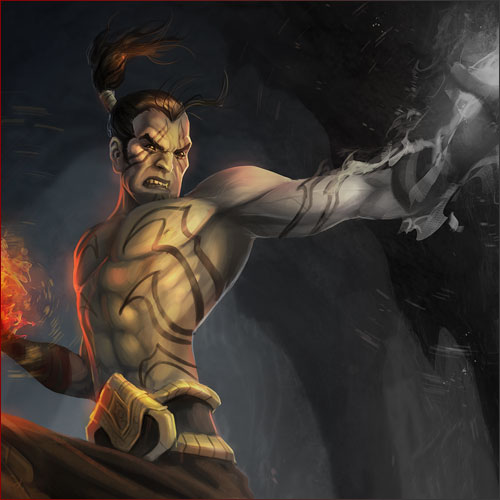 The Mhun are a race of underground dwellers who are distant cousins of humanity. Roughly of human size, they are a bit weaker, but more agile. Moghedu, their ancestral home, is southwest of the great Mhojave desert. Their harsh living environment has forced them to be survivors and though they command perhaps less respect than the other races, they are wily, clever opponents. Mhun rarely hold leadership positions, as their first loyalty is generally to their race, rather than to their guild or city.

The tiger-like Rajamala are known for their fierce temperament and wild origins. Their short orange fur keeps them warm in most environments just as their feline eyes allow them to see in even blackest night. While their lithe forms trade power for dexterity, their intelligence and curiosity are not limited by any means. From deep within the Itzatl Rainforest, the Rajamalan people bring their primal strength into the Midnight Age. 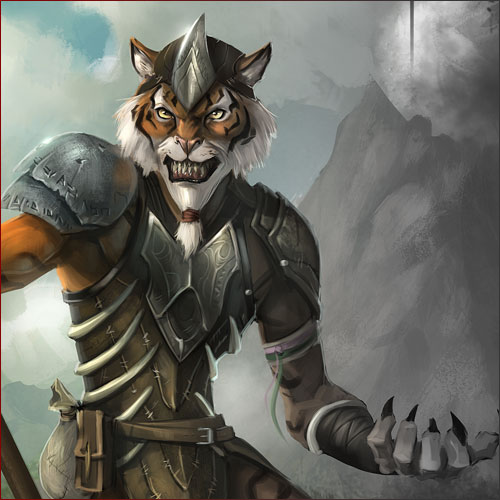 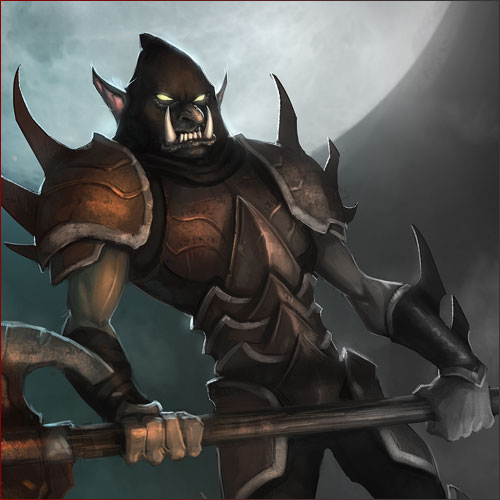 Trolls are large, slender humanoids with impressive physical abilities and a tendency towards explosive tempers. Their rough, leathery skin is found in a variety of hues. While some Trolls can be found with ruddy-orange flesh, others are a light, mossy green. The metabolism of the Troll race is legendary, as is their ability to regenerate most any wound. Where the Trolls excel in the physical arts, they suffer in those magical, and their relatively low intelligence often results in very interesting speech patterns.

Though the majority of Tsol'aa live a peaceful, isolationist existence in the remote forests, a handful have emerged to interact with the other races. In general, the Tsol'aa are bewildered by the hastiness of humans, but seek to understand why humanity has managed to attain such dominance. Physically, they are lithe beings of approximately human height. 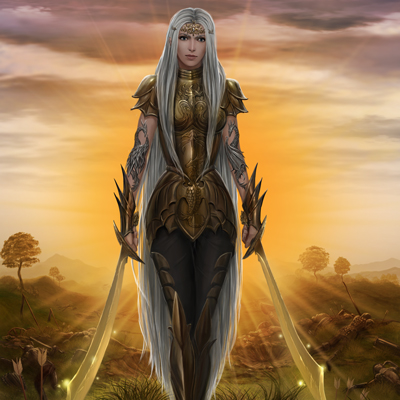 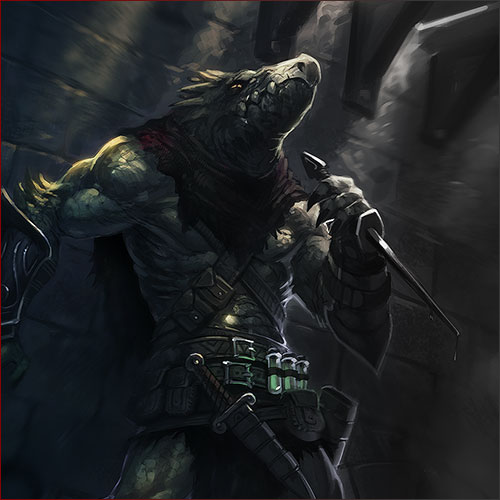 The Xoran people are a race of powerful lizard-like humanoids. Their heavy musculature makes them well suited to physical pursuits even as their developed intelligence makes them adept in more delicate means. Racial diversity among the Xoran is quite pronounced, and they can be found in any number of colors, sizes, and tail-lengths.