Scattered from the isle of Ulangi following its destruction by the Horkval, the Grook are a diasporic population of amphibious, froglike creatures.

There is no central Grook settlement in existence, but members of the race are more commonly found in cities than in the less populous parts of the continent, the high rates of literacy and scholarly achievement among them making them ideal for service to the continent's city-states and centers of learning.

Their insular culture favors the merits of education, including the practice of magic and mysticism. Grooks vary widely in height, and their coloration is most generally green, brown, or gray in some combination. 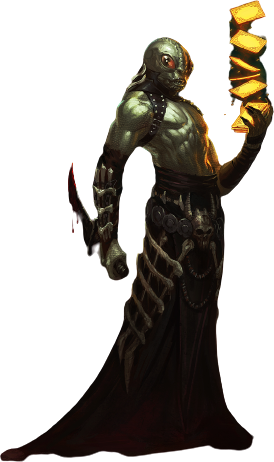