Once a great group of occultists whose history dated back epochs, the Indorani sought to bring about an end to all things save a sheer and utter dominion - a revival of the Dark Empire of old. Alas, the formidable guild succeeded in bringing about its own ruin, having succumbed to pride through betraying Sapience and the will of Severn, the Manipulator.

Though disbanded and scattered, the power of the Indorani lives on in spite of the shattered hopes of imperial revival. Associated with the City of Bloodloch, these dark sorcerers continue to meddle with dangerous forces in their efforts to sow despair and misery throughout the land.

Through the skill of Necromancy, Indorani manipulate life essence to despoil and ravage their enemies. Tarot allows them to invoke the Major Arcana for a diverse array of magic to heal or to harm. Their tertiary skill is perhaps the most feared and dangerous - Domination. This skill involves navigating the treacherous landscape of primal Chaos and negotiating with the Lords who hold sway there. In exchange, the Indorani gains the power to command an army of horrific chaos entities.

Adventurers seeking to learn the arts of the Indorani should seek out Empress Xa'azamit in the Chaos Plane. For a fee of 40 credits, the Empress of Corrupt Chaos will share her knowledge. Simply LEARN INDORANI FROM XA'AZAMIT at v24112.

While adventurers may practice these skills within their guilds, new Indorani who begin through the introduction cannot join a guild until they have met the relevant multiclassing prerequisites. Namely, they will require Virtuoso level of skill in Necromancy, Tarot, or Domination, or Transcendent level in two of the three. 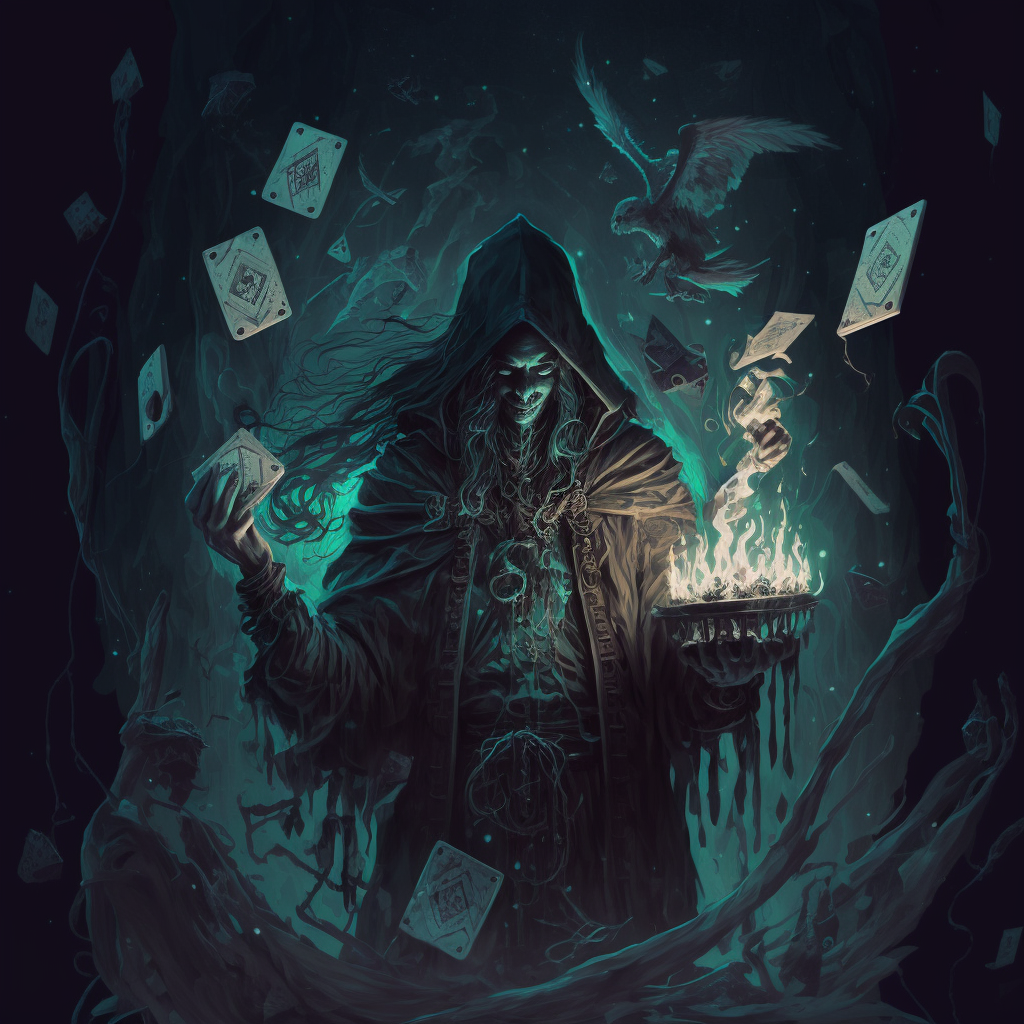 Necromancy deals with the study of death and those who practice it work to manipulate life essence through the consumption of mortal hearts, as well as the various stages of decay. Assortments of nefarious abilities are granted to even the most novice student, and with further study the knowledge of cannibalism is obtained. It is this ability that has generally caused widespread fear of even the most docile necromancer for it is through cannibalism that one's life essence is increased, fuelling the higher necromantic abilities.

Tarot is the occult skill of inscribing magical cards with various inks in order to create a powerful image. Each of the major arcana of the Tarot deck is represented here. To use the skill, you must first find some blank tarot cards. Then, you may INSCRIBE <card> with <image>. You must have the ability in order to use it. Inscribing takes intense concentration, so you must cease most activities while doing this.

Once you have a card, you must CHARGE <card type>. Once it is charged, you FLING <card type> at <target>/ground. Some cards require you to fling the card at a target, some at the ground.

Domination is without question the most dangerous art within Aetolia. It involves the summoning of servants, known as entities, from the Chaos Plane by bargaining with the beings known as the Chaos Lords.

You risk your life and your very soul in dealing with them, for they are powerful and not to be trifled with.

Ready to play an Indorani?

Indorani are dark sorcerers, whose traditions date back across the epochs. Historically committed to the formation of a single, continent-spanning Dark Empire, they have forged contracts with Chaos, and mastered the manipulation of ambient shadow essence, as means by which to power their arts. Across the centuries, they have experienced successive waves of unification and dissolution, giving rise to countless occult traditions across the Sapient southwest.

What is Corrupt Chaos?

Corrupt Chaos is a subplane of Chaos, that which winds through and around existence like an amorphous shell. This realm has been ruled by Chakrasul, the Dark Mother, since the conquest and division of Sapient Chaos in the year 481 MA, and consists of impossible architecture, menacing surroundings, and no small number of chaotic entities. Most notably, Corrupt Chaos is the dwelling place of the Chaos Lords with whom the Indorani bargain for favor.

The rise and fall of the Indorani

The modern Indorani were formed by members of the Occultists' guild of Ashtan, who embraced their historical roots and journeyed to the city of Bloodloch no later than the year 116 MA to reconstruct their ancient traditions. After centuries of devoted service to their cause, the Indorani guild fell to ruin in the year 476 MA, cursed by Severn, the Manipulator for their betrayal of Sapience and the Prime. Their remnants have since spread across the continent, lacking centralized authority and serving many different causes of Shadow.

Life essence is drawn from the Inner Spark of the dead, a wellspring of spirit and fire that is either passively absorbed or else taken from an Indorani's victims. Although the Inner Spark is more accessible to the living, even undead Sapients possess it, albeit buried and stifled beneath the higher concentrations of elemental shadow which animate their forms. In the process of absorbing life essence, the Indorani subconsciously denatures it, bonding it with elemental shadow so as to make more efficient use of it at a later date.

The sources of the Indorani's arts include:

Indorani are defined by a broad, versatile command of magic, and are able to draw upon potent effects with sufficient power. They harvest hearts and life essence from their victims in order to fuel their dark arts, pushing their spellcraft beyond both mortal constraints and the moral pale.

As embodiments of Chakrasulian Despair, the Indorani's spells and gestures are chosen for dramatic, intimidating effect, consisting in gruesome displays of decay, destruction, and corruption of their foes' physical and mental stability. Fell light and choking shadow intermingle in their sorcery, smearing the very air around them to a chaotic blur and making them difficult to distinguish. Their entities often ambush their marks from the shadows, revealing themselves in the instant of attack before fading away again.

Repeated use of the element of shadow results in physical changes that cannot be easily hidden. The eyes will become black and nearly solid, and the corruption will be visible in the veins sprawling outwards from them. Fingertips will also darken, and skin texture may change from something porous and organic to something strange and irregular. There are chances of whispering voices becoming more present in the back of the head in a language you don't understand, and the world slowly losing its sense of color. Across decades of use, color blindness of varying severity can set in.

Indorani may comprise a wide range of archetypes, ranging from occultists to warlocks and witches. They are closely associated with Chakrasul, the Dark Mother, and although not all Indorani are Chakrasulian, it is undeniable that Her values of decay and despair inform their practices at a fundamental level. These ties firmly align the Indorani and their arts with the cause of Shadow. Past this, the values that individual Indorani hold may differ starkly from one another in the absence of a central tradition.

The Chaos entities summoned by Indorani are comprised of a myriad number of 'individuals' - chaotic creatures which have united into a single whole. Most have been shaped by the Indorani's predilections and trades, as well as the Dark Mother's conquest of Corrupt Chaos. Though possessed of animal sentience, they are incapable of maintaining cohesive form without their summoner. Several countermeasures have been devised by the Indorani's enemies to banish entities back to their realm of origin.