Centuries ago, Severn, God of Artifice chose a select few mortals to act as defenders of Spinesreach, bestowing upon them His gift of guile and deception. With a history steeped in tradition and mystery, the Syssin stand as the staunch defenders of the Spires today just as they did during the founding and height of the Ankyrean Order ages ago.

Though their training has now spread to all of Sapience, the Guild itself remains true to their historical roots of a close-knit, deeply loyal collection of men and women. As the fourth century of the Midnight Age approached and came to pass, the Syssin were given an additional charge by Severn, the Manipulator.

Following the emergence of the Shadowbound onto the Prime Material Plane, the Syssin were commanded by their Patron to oppose the advance of the fell creatures and their creator, the Shadow Mother. This ongoing war is mysterious to the continent as a whole, its details known only to the Syssin and their God.

Masters of stealth, the Syssin employ the skill of Subterfuge to live in the Shadows, effortlessly weaving in and out of the battlefield and gaining reconnaisance without their enemies' knowledge. Rather than rely on brute force in combat, Syssin instead prefer to act with finesse through the skill of Assassination, training in dirks, whips, and long-range bowmanship to kill with deadly precision. To further these ends, Syssin use their skill of Hypnosis to manipulate a victim's mind and body, implanting maladies and even defined actions into their brain. 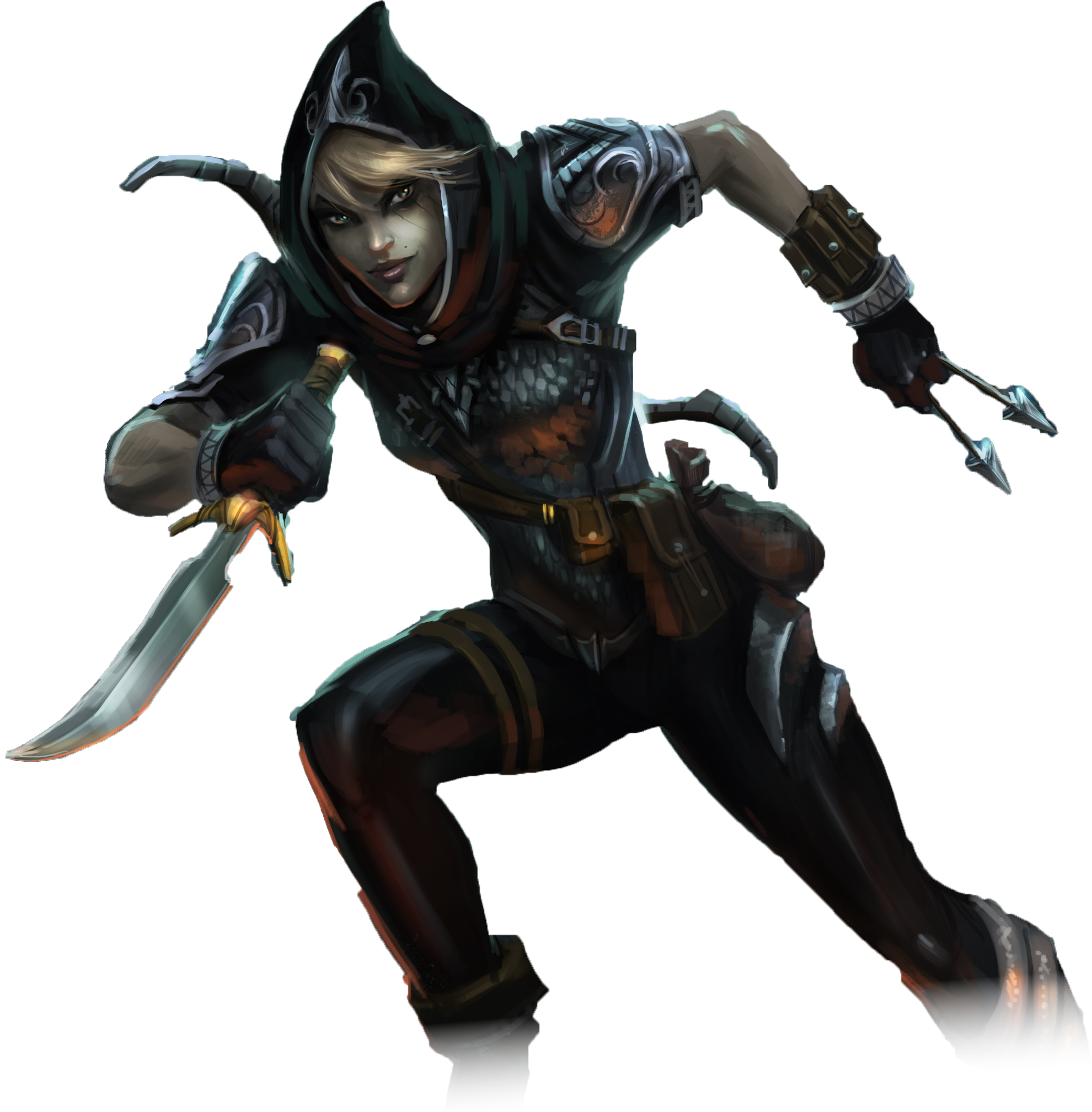 Assassination is the practice of dirks, whips, and bows to quickly kill or subdue another, known by those of the Syssin. Methods include poisoning, choking the life out of someone with a whip, binding an unconscious target, or lynching the enemy within their own city. An assassin can be spotted by the metal fangs they wear in place of their canines, a tool of which that inspires stories of terror across the land.

Subterfuge is a diverse skill, encompassing abilities ranging from the secret sign language that only those of serpentine ambitions may use to communicate with each other, the conjuring of illusions, dimensional wormholes, and various stealth abilities.

It has long been known that our subconscious mind is a powerful force and that it can be influenced in mysterious ways, but until a forgotten Syssin discovered the principles of Hypnosis, there was no way to use it.

With this skill, you will be able to sink someone into a hypnotic trance, possibly even without them realizing it, and implant various subliminal suggestions. You then seal your victim's mind and implant a timer that determines how long after the hypnosis has been triggered until the suggestions start becoming active.

Note that only Hypnotise, Suggest, Analyse, Cleanse, Sleights, Marks, Trigger, Ethergaze, Bulimia, Eradicate and Action have ability help files. The rest are all suggestions to use in tandem with Suggest.

Ready to play a Syssin?

By far the most covert of professions, Syssin are rogues, spies, assassins, and occasionally thieves. Slippery in battle and subtle in execution, Syssin work in the shadows, often choosing their own terms of engagement by dint of their peerless ability to traverse secret ways and means where others fumble in the dark.

The origin of the Syssin lies with the Shadowsnakes, an experiment of the ancient Ankyreans created as a workforce to defend their city of Spinesreach. In their original incarnation, Shadowsnakes were incredibly snake-like, able to create venoms from glands in their own bodies. Devised as a fiercely loyal cadre of covert operatives, much of this loyalty - to Spinesreach, and to Severn in particular - survives into the present day.

Oaths given in ages past yet hold firm, cultivating a deep reverence for the dead and to the past of the guild which, through many incarnations, remains a bastion of service to the Spires.

No longer physically serpentine like their forebears, modern Syssin derive much of their power from Severn, the Manipulator - Lord of Artifice and Warden of Shadow on the Prime. This manifests through various abilities allowing Syssin to manipulate ambient shadow in order to conjure illusions, bedazzle and beguile others, and of course, their signature ability to phase completely out of reality and walk the world unseen and near-inviolate.

Conversely, a majority of the Syssin talents are martial and - comparatively - mundane in nature. Much of Assassination and Subterfuge centre around physical prowess and dexterity, as well as subtlety, legerdemain, and sleight of hand that to an ignorant onlooker may indeed appear like magic.

This is a deliberate and stark contrast to Spinesreach's other native professions, the Sciomancers and Archivists; where the former strive to wield the magics of Shadow and the latter seek to unravel the world's mysteries, Syssin work towards understanding people. This takes place through both direct and indirect observation and interaction, as well as a much deeper understanding achieved through hypnotism and the mental manipulation conducted via post-hypnotic suggestion.

Given their nature, a singular visual style is somewhat difficult to define. Despite the archetypal presence as rogues, training is what truly defines a Syssin, and a brawny Minotaur (indeed, the Lord of Artifice is perhaps the most renowned wielder of the subtle arts in history, yet dwells in the form of one such) is equally capable of the same subtlety and guile as an agile Mhun.

Though their purpose is frequently toted as the defence of Spinesreach, Syssin are not honourable knights or chivalrous warriors. Wielding dirk and wearing scale, their style is a subtle and tricky one, favouring wit, precision, and cunning over the application of raw strength or direct confrontation. In everyday life, many attempt to go unnoticed and blend in while others are flamboyant and eye-catching -- whether naturally or as part of some kind of scheme.

While many of Aetolia's professions adventure for glory, honour, and renown, Syssin tend to be the opposite, and often keep to themselves. This can create something of a lonely, isolated existence for those who choose not to ply their trade through gossip and networking.

Syssin also deal with a significant amount of distrust and suspicion from those outside their close-knit groups, and this can foster similar mistrust in return. Few Syssin enjoy the company or spectacle of large crowds and are often more at home stalking a single target than partaking in the social niceties or groups.

Fanatical loyalty to Spinesreach is the overarching theme connecting the often disparate members of the Guild. Individualism remains key to this, however, and the means by which that oath to the Spires is fulfilled spans a large spectrum of styles and themes. Whether outside the Guild or part of its cadre, however, there exists a similarly wide spectrum of approaches that Syssin can employ.

Typically these fall under one of several umbrellas that the Guild still uses to this day: Artifice, Influence, and Intimidation. Rare do two Syssin imitate one another, and classical, sneaky saboteurs are as common as the charming, influential rogue and the invisible assassin. Sweet talking, espionage, and observation are as valid as the knife in the back.