The Templars of Aetolia

In the year 343 of the Midnight Age, three strange beings arrived in Enorian, emerging from a gateway of white rippling light. The trio of wayward travelers stumbled to Sapience on accident via their Orb of the Dawn, asserting themselves as long-lost warriors of the Angelic Triad, cut off from their masters but still in service throughout the centuries. After acquainting themselves with the locals, they were escorted to the Paladin towers in the northwest corner of the Beacon, where they continued conversing with the assembled knights and their Grand Champion.

The Duamvi, upon learning more of the holy knights, their ways and apparent similar alignment to the travelers, offered to impart the knowledge of their own skills to the guild. Thus, with the aid of these extraplanar beings, the Templar guild was born, eventually becoming well-versed in the skills of Bladefire, Battlefury and Righteousness.

With these skills combined the guild seeks to bring about a new Age of Dawn, repelling the forces of shadow, artifice and Undeath with their mighty weapons imbued with holy retribution. 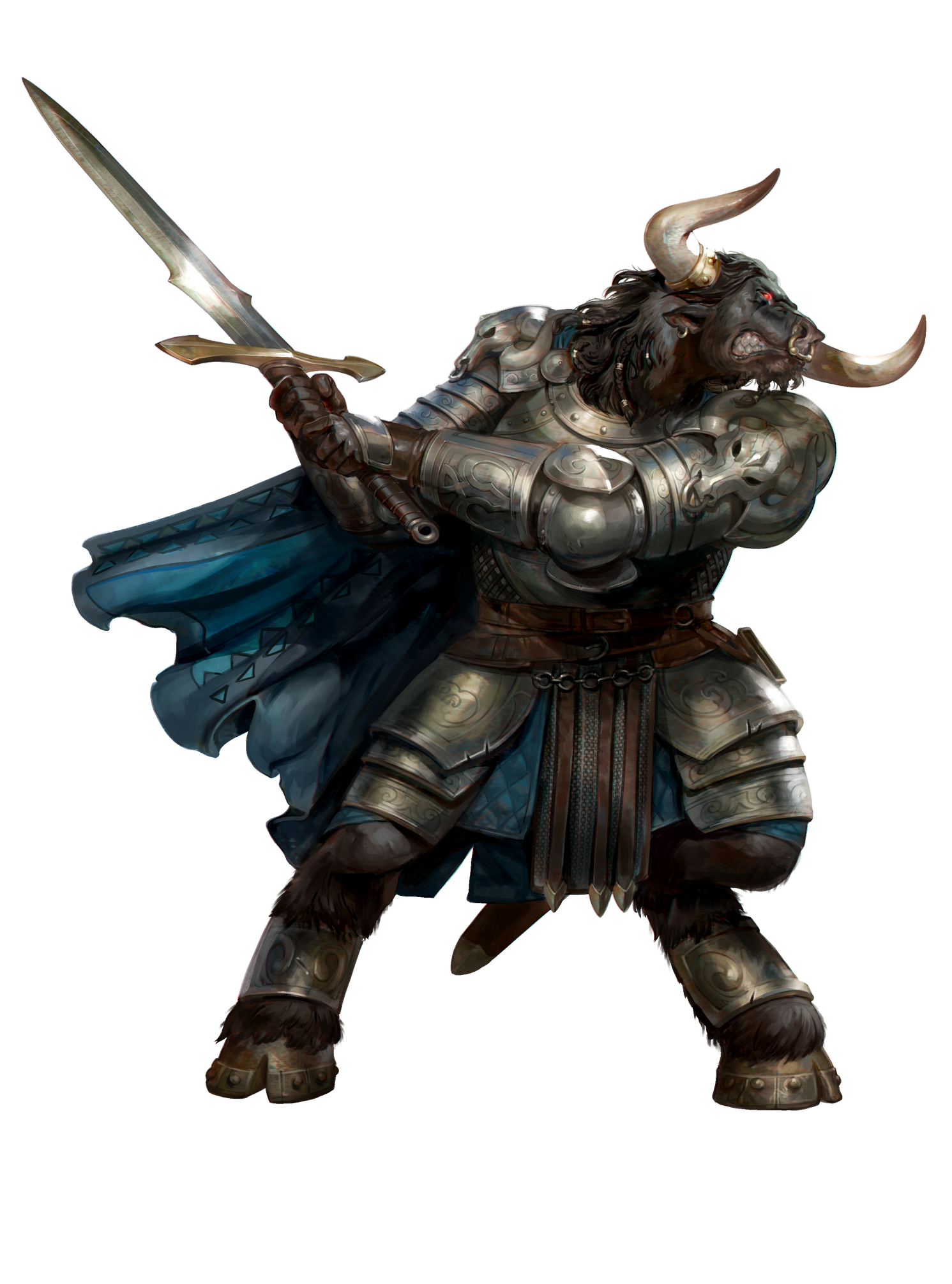 Utilizing their skill in Battlefury, the Templar Knights rise above the rest in their capability and prowess with their blessed weapons. This affords unparalleled mastery of steel, allowing them to wield almost any weapon to great and differing effect, whether it be inflicting bruising and crushing bones or wielding blades and letting the rivers run red with the blood of the unrepentant. Two methods of swift death are possible to only the most skilled of the Templar, either cleaving the enemy from head to groin or cutting open the gut and spilling steaming entrails to the ground.

Drawing upon his or her devotion, a Templar wields the skill of Righteousness to provide an assortment of benefits for the individual or the team. While it maintains some similar functionalities to that of the Devotion skill attributed to the Paladins from whence the Templars came, it also brings the unique feature of auras that the holy knight may exude, giving both defensive and offensive advantage depending, as well as abilities to aid and protect their allies in combat and even to bring redemption and life anew to those of their comrades who have fallen in battle.

Bladefire combines holy wrath and weapon mastery alike to bring swift justice to those who stand against the forces of Light. With it, a Templar can imbue his or her weapon with a variety of different empowerments that augment their damage with the elements, inflicting bursts of damage or sapping the foe's defenses and physical reserves. Calling upon these abilities, the Knight may exact final retribution upon those who fight for shadow, Undeath and artifice.

Ready to play a Templar?

Arisen from the vestiges of the ancient Paladins, Templars are righteous warriors and fervent crusaders, holy knights sworn in service to the cause of the light and all that underpins the notions of good, valour, and justice.

Making their home in Enorian, the Templar lifestyle is one defined by a stringent code of ethics and time-honored chivalry. In the modern day, the knights are versed in the combat principles of the Akkari Host at large, with a heavy focus on the battle practices of the Dosan Circle. History is marked by countless chapters of Templars acting as a bulwark against Corruption and Tyranny in the realm, either as a unified front or even through the works of lone heroes.

What is the history of the Templars?

The Templars are one of the three 'Seluno-founded' guilds of Aetolia, originating as the Paladins in the wake of the Second Ankyrean War. Blessed by Arion, the God of Valour, Yanda Seluno originated much of the Paladin code in opposition to his brother Roan's Infernal ethos. When Yanda was cruelly cut down by his brother's pride and treachery, his last request was honoured: teaching his son, Syvelium, in his father's art. As Syvelium grew, he went on to found the Paladins as an official Guild of Shallam.

Centuries later, a trio of wayward travellers found themselves inadvertently stranded on the continent of Sapience, having arrived via something known as an Orb of the Dawn. These three figures revealed themselves as long-lost warriors of the Angelic Triad (Nyasia, Ubarin, and Ael'mael, rulers of the Spirit Plane, Rewh'va), cut off from their masters but still in service no matter how much time had passed. These Duamvi - as they were called, meaning 'flawed', and incapable of arising as angelic beings proper - found kinship with the holy knights and imparted knowledge of their own skills, birthing the Templar Guild.

Though Yanda and Roan are both long dead, their legacy remains in the form a bitter enmity between the two modern-day incarnations of their organisations: The Templars, and the Carnifex.

Righteousness is the quintessential technique of any holy warrior, a power derived almost wholly from their own devoted fervour to the light. Through this physical and puissant manifestation of faith and conviction, the Templar is able to drape themselves in a variety of auras, equally capable of protecting their allies or bringing ruin to their enemies.

Battlefury forms the core of the Templar martial doctrine and derives primarily from rigorous practice with a huge diversity of blades and weapons to the point that any trained Templar can be considered a master of steel.

Bladefire derives from a combination of these two disciplines; faith and conviction marry to a peerless savoir faire with blade and blunt and mace and sword, empowering their weaponry and armaments to dramatically augment their prowess.

Of particular note is that while the Templar skills derive from the Duamvi of Rewh'va, they are tailored specifically to differ from the native ways of the Akkari in order to be suitable for the mortals of the Prime Plane.

The Templar way is one steeped in physical acuity and martial discipline. In battle, the Templar's weapon is an extension of themselves, an undeniable presence on the battlefield identified by its shining empowerment.

Similarly, the wielder is no less visible; as masters-at-arms, many Templar take up leadership roles on the battlefield and their resplendent auras are a beacon around which allies often choose to rally. Their presence inspires trust and confidence, even in times of great peril.

As is often the case with those sworn to a life of good and purity, cynicism is not an uncommon trait to be found in veteran Templar. The lesson that one cannot right all the world's woes alone is a hard-learned one, a bitter pill that many are unwilling to swallow. Young Templar in particular are prone to taking a zeal for justice to an extreme, making them quick to anger and slow to cool their tempers.

On the other hand, there are many Templar who look upon the prolific nature of evil, darkness, and chaotic forces in the world and only find their faith deepens, their conviction strengthens, and their ability to compartmentalise and see the work - the duty - done, bolstered.

Templars are, almost to the last man, soldiers in service to the Light. With their mastery of weapons and faith-based magic, they are well equipped to battle the forces of blood ritualists, ruthless undead, and even the amoral conclaves of the north. A Templar is often concerned with duty and integrity, their every action guided by the code of ethics handed down by their guild.

Some Templars possess a deep affinity for religious observations and absolutely all of them seek to uphold justice rather than seek vengeance. To live the life of a Templar is to be courageous in the face of Aetolia's greatest perils and its most prominent evils, putting characters of this class directly in the path of tremendous danger more often than not. A Templar character might express this through themes of self-sacrifice or grim duty, as campaigns against these foes takes its toll in many ways.