The Sentinels of Aetolia

Founded in ancient teachings wrought by the renowned Huwald Seluno, the Sentinels are fiersome defenders of the wilds. Defending the balance of the Eternal Cycle and all which resides within it, the path of the Sentinel is not an easy one; for the wilds are often unforgiving, unfair, and brutal.

As warriors of the cycle, the Sentinels use the ancient knowledge of the dhurive, the double-bladed staff used by Huwald, to quickly cut down their prey. Forming a bond with the creatures of the wood, the Sentinels utilise their feral animal companions and the unique skills they provide to bolster their dexterous weaponry. However, some Sentinels prefer to utilise more subtle arts in the field, firing resin-coated arrows from crossbows through the boughs or luring the enemy into dangerously hidden traps. 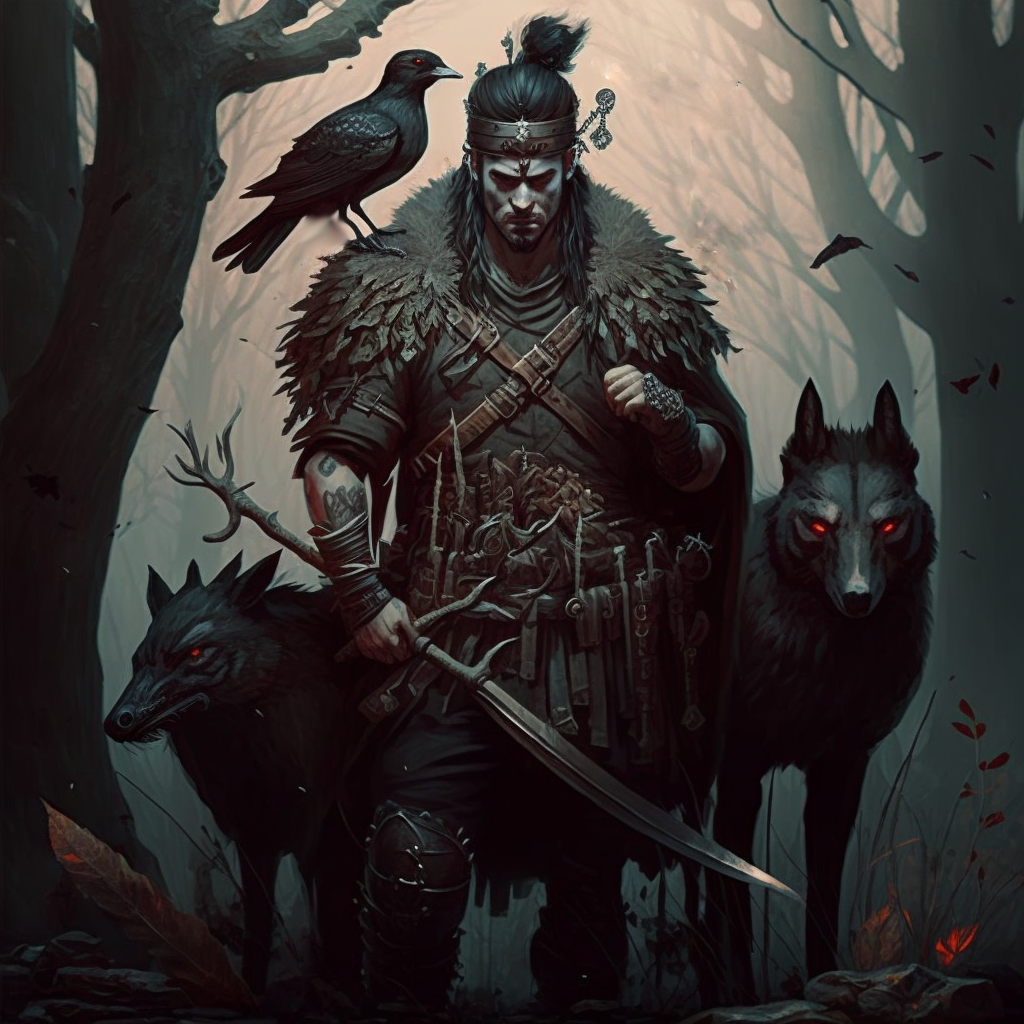 An ancient and elegant art perfected by the Sentinels of old, the skill of Dhuriv was only recently rediscovered after the woodland spirits of Dendara fled from the reach of the descendants of those long-deceased warriors. Engaging the use of the dhurive, a two-handed staff of wood fitted with punishing blades on either end, those who practice the art of Dhuriv are a deadly and mesmerizing foe.

Combining an elegant series of acrobatic techniques with the powerful strikes and flourishes made possible with the dhurive, the Sentinel warrior is capable of numerous feats. In addition, those trained with the dhurive know well the capabilities of a wide range of poisons, and are even able to combine the naturally occurring toxins to introduce new and more debilitating effects within their enemies.

Woodlore is a skill of the Sentinel class, focused on several things: physical protection and durability, hiding from sight, and gaining the aide of animals for combat. You can even signal messages to fellow rangers!

A few notes on animal guardians

Tracking revolves around hunting down your quarry and dispatching them with the crossbow. Through the skill of Tracking, the Sentinel learns a comprehensive array of techniques situated around delivering lethal resins from afar.

Ready to play a Sentinel?

The Sentinels are an ancient warrior tradition, connected to the Rhythm and sworn to protect Dendara and the Prime Material Plane's natural places from danger. Expert trackers, fierce fighters and peerless archers, they work together with the creatures of the wild to slay their foes.

Dendara is the plane of Life, home to an entire ecosystem of creatures that includes the vastly powerful animal spirits known as the Guardians. It is vast and unexplored, with deep jungles, enormous forests, and massive oceans. It is connected by the Great Oak to the Duiran Council, which the Sentinels protect, as a result of the sacrifice of Lleis, Goddess of Renewal. Standing firm against the encroaching threat of Shadow, the Sentinels are the sworn guardians of Dendara.

How your skills generally work

Dhuriv is an agile, skilled combat style utilizing a dual-bladed staff. The style was passed down to modern day Sentinels by the Black Raven clan. It focuses on clean, efficient strikes and builds to a vicious kill.

Tracking is the ranger's art, allowing the clever hunter to overcome any foe. It covers archery, traps, woodsmanship, and unique resins, a method of combat solely practiced by the Sentinels.

Woodlore represents the Sentinel's connection to the wild, allowing them to call on the aid of a number of beasts, including the mythical cockatrice, the grumpy badger, and the clever raccoon. Their bond is so great that the Sentinel can ride some of them, and use their abilities at will.

Sentinels fight like a skirmisher, able to dip into and out of battle as they please, backflipping away and ambushing opponents. They are graceful, whirling their dhurives as they fight in tandem with their animal companions, who support the Sentinel without need for command or communication.

They wield bows and crossbows as easily as they do their dhurives, and although they may seem brutal, their style of combat is efficient, quick, and clean. It is not cruel or unnecessarily violent. They might be calloused or scarred from hard years in the wilds, and may have facial hair or an unkempt appearance if they've spent a long time away from civilization.

Sentinels can come from many walks of life, but they're unified by not only a love for the wild, but a drive to protect it from that which threatens it. They understand both the predator and the prey, and the importance of each. They could be a starry-eyed explorer, a gruff hunter, a valiant warrior, or some combination of these and more.

They do not treat their Woodlore allies as pets, but as equal allies, lending aid to a worthy cause. They respect nature, understanding their role within it, even as they attain mastery of it.