The Wardens of Aetolia

Founded in ancient teachings wrought by the legend of Segiae Clinemh and the Warden Clans, Wardens defend the balance of the Eternal Cycle and all which resides within it.

The Wardens strive to take the lessons of the collective clans of the Bear, Serpent and Raven and utilise the knowledge of their Ancestors in battle. Forged in the strength of the ancestors upon their form, Wardens earn renown in trials of combat to evoke power from memory itself.

Within the crypts themselves, a Warden is able to evoke ghostly simulacrum to manifest from the ancient Clans themselves to lend their expertise in battle, while crushing their foes with fierce wargauntlets, or piercing them violently with greatspears.

As a Pride, the Sentinels and Wardens stand together as one, bound in blood to one another for their common cause. They stand not for good nor evil, not for light nor dark, not for mercy nor cruelty. The Pride stands only for the defense of what is still natural in the world, eradicating the stain of impurity from the wilds and anything that threatens the Cycle. 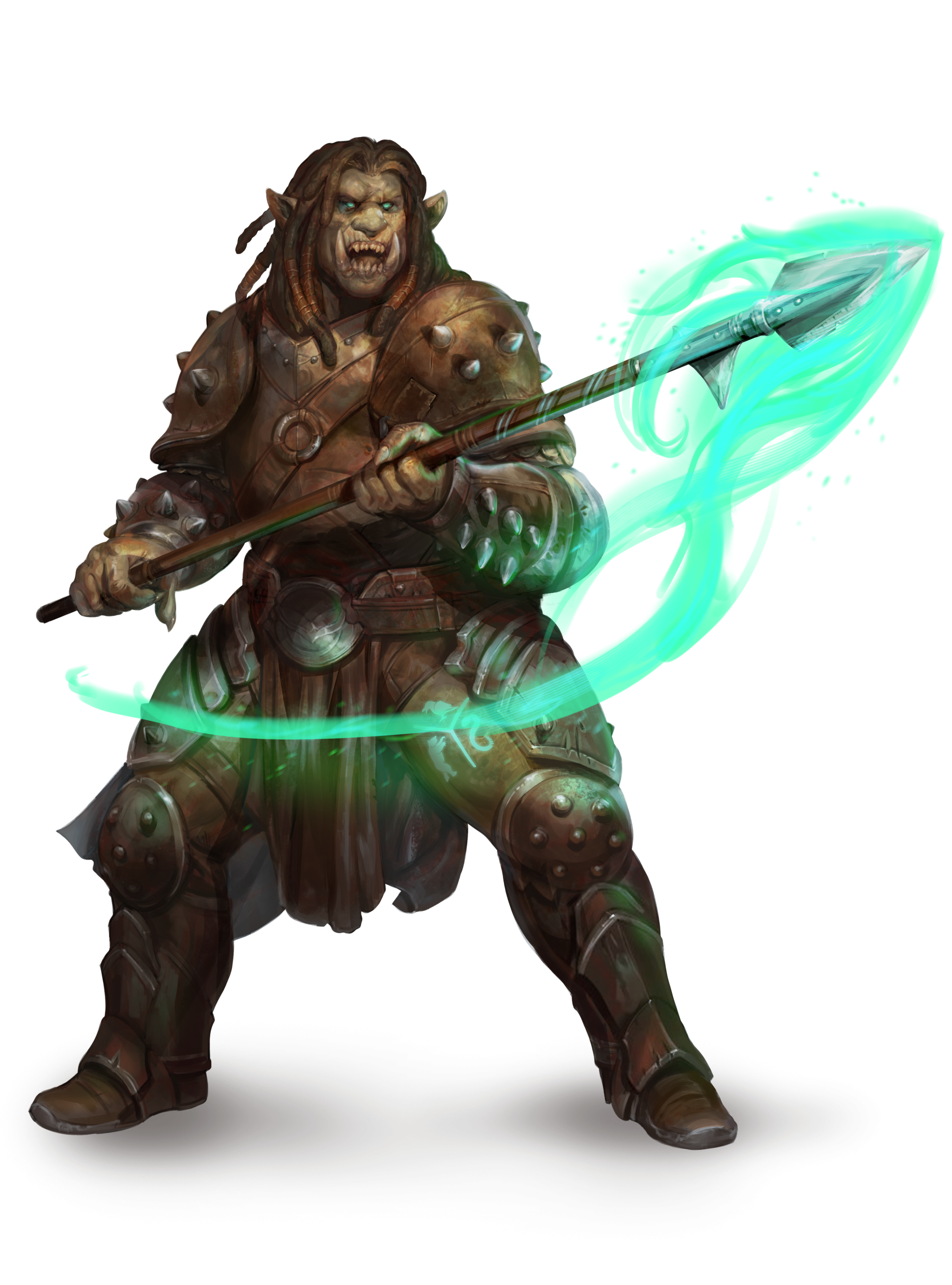 Through combining the ancient martial techniques of the White Bear Clan and the Red Serpent Clan, a Warden becomes a force to be reckoned with. These techniques are often animalistic in nature, mimicking motions done by their respective clan namesake. With the Bear clan's techniques, a Warden will wield both wargauntlets and cudgels to pummel and maim their opponents into submission with brute force. The ancestral weapons of the Serpent clan are the greatspear and the scythe, their techniques focusing on quick strikes and lunges.

The ancestors, also known as the ancestral memory, are a collective Dendaric consciousness formed from the memories of dead Sentinels and Wardens. With their flesh returned to the soil, and souls moved onto their next life, only the bones of these ancestors remain, stored within sacred burial crypts to act as a tether for their memories.

By using a sliver of Dia'ruian energy to form a vessel, a Warden is able to bond a simulacrum spirit of the ancestors to command in battle against their enemies. Like the ancestors themselves, these simulacrums have no true identity and are often formed from the memories of several different people. Being merely simulacrums, these spiritual companions contain only a fraction of the memories contained within the collective, as any more than that would render their existence too unstable.

A veteran Warden commander is able to form a squad of up to three simulacrums at once to lead into battle, with a possibility of twenty total (thirty if sanctioned by the Sentinels Guild). Simulacrums can also spend time recruiting new simulacrums from the ancestral memory, forming trainees with similar memories to their own.

Ready to play a Warden?

In an age past, long before the Sentinels, Druids and Viridian Order, the great Ithmias were home to numerous tribes of warriors. Chief amidst these were the three major clans: the wise White Bear clan of the Western Ithmia, the warlike Red Serpent clan of the Northern Ithmia, and the cunning Black Raven clan of the Eastern Ithmia. Though each of these three once worshipped Haern's ways, their customs eventually gave way to a bitter blood war that left the Ithmias defenceless when an outside force threatened it.

The Wardens formed after the death of Segiae Clinemh, high priestess of Haern, who had been sent by the Lord Hunter to quell the conflict of the clans in order to defend the forest against the encroaching danger. Her bones were the first interred into the crypts of the ancestors, marking the tradition that the clans and their descendants continue to this day. With the three clans in peace, each would send forth young warriors each generation to learn the ways of all three clans, forming a new faction, the Wardens, who were tasked with protecting the sacred ancestral bone crypts.

What are the ancestors?

The ancestors, also known as the ancestral memory, are a collective Dia'ruian consciousness formed from the memories of dead Sentinels and Wardens. With their flesh returned to the soil and souls moved onto their next life, only the bones of these ancestors remain. These bones are stored within sacred burial crypts to act as a tether for their memories. Though the ancestors have no individual identity, it is possible for them to manifest in the form one of specific individual.

What is a simulacrum?

Simulacrums are memories given form through the power of Dia'ruis in mimicry of the manifestation that the ancestors can take. Simulacrums contain only a very small fraction of the memories within the entire collective, have no unique identity, and are almost always formed from the memories of several past people.

How your skills generally work

Warding is a study of ancient battle techniques passed down from the Red Serpent clan and the White Bear clan. With the use of greatspears, scythes, cudgels, and wargauntlets, Wardens slash, gouge, and maul their opponents with brutal, feral efficiency, channeling the ferocity of the animals they emulate.

Ancestry involves beseeching the ancestors for intervention; a Warden gains renown through battle, or through trial with the Red Serpents. It allows them to ask the ancestors to intercede and block attacks on their behalf, to hinder their opponents, and to displace the very soul of their enemies.

Communion is the art of drawing forth the ancestral memories of those Wardens that came before, amalgamating them into a form that can put their skills to use. Centuries worth of ancestral knowledge coalesces into skilled simulacrums, who fight alongside the Warden and strike at foes independently.

Bestial force, savage skill, and ancestral wisdom are the hallmarks of a Warden. No stranger to feral strength, they emulate the warlike nature of the serpent and the wise but brutal strength of the bear. They wield their weapons as extensions of their own body, swapping between fighting styles with natural ease, and fight in perfect coordination with their ancestral simulacrums. When they move in for the kill, they are quick, brutal, and efficient, pulping an opponent's chest or decimating them beyond the bounds of life.

Though not all Wardens experience this effect, some may find ancient memories will slip unbidden into their dreams through the ancestral mark. Violent memories tend to be the strongest, especially memories of an ancestor's death, and will haunt the Warden as a nightmare. It was not uncommon for many ancient Wardens to take sedative herbs in order to dull their dreams. These memories can also occur in a meditative state or while in certain mind-altered states.

All Wardens have, on some level, a reverence for the ancestors that came before them and continue to guide them. The main Warden job of guarding the crypts leads to being favoured by patient, solemn and reserved personalities that are able to stand sentinel for long periods of time. Their emulation of animals combined with often isolating duties finds some Wardens lacking in social skills, and often being described as somewhat feral.

Though guarding and maintenance of the crypts remains the main duty of a Warden, there are some that engage in a more lofty pursuit: the lost ancestors. For some, recovering the remains of those past warriors whose bones have been stolen or unable to be recovered at death is their driving goal.

When customising your simulacrums, please keep in mind the following details: