Residing in the frozen north, the Sciomancers have bonded together in the common pursuit of control and power. Gifted with a direct link to the dark realm of Shadow, they focus their training on controlling and shaping its destructive energies into weapons to destroy their enemies and safeguard their home, Spinesreach.

Through their skills in Sciomancy, these Mages of Shadow harness the raw fury of Shadow into a tremendous force of elemental might. They control illusions and create aegis' with powerful glyphs thanks to their knowledge in Sorcery, causing a multitude of effects meant to bring their enemies to their knees. They also have the ability to control and bend gravity at their will with their skill in Gravitation.

Despite having once held all elements in their hands, they consider themselves enhanced rather than crippled by the loss of all the other elements. Instead, they revel in experimenting and testing the limits of their connection with the Shadow Plane. The Sciomancers are a force to be respected and woe to those who would cross their path. 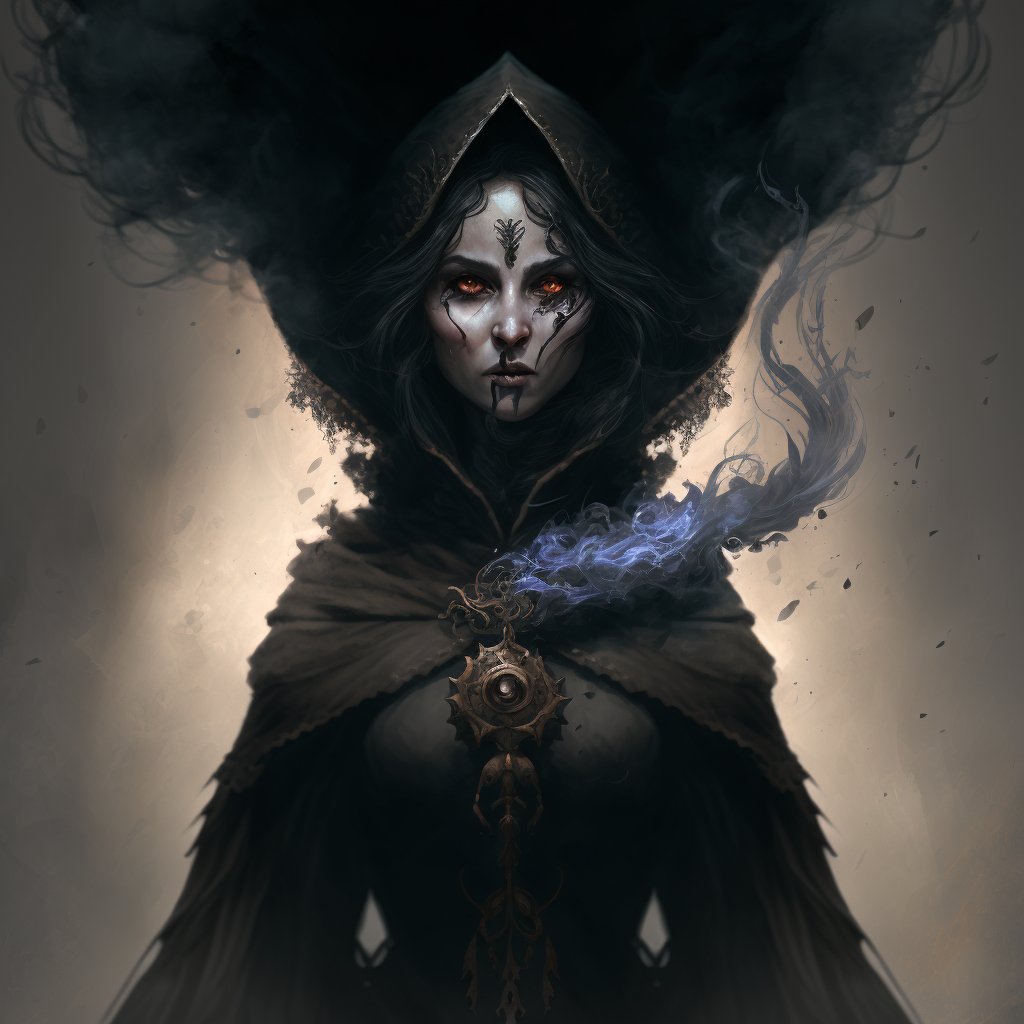 Sciomancy is the dangerous art of channeling Czjetija, the Plane of Shadow through one's own body. At considerable risk to their self, a trained Sciomancer can exert control over this potent power of shadow and use it to devour their enemies.

One can never be too careful when using the powers of Shadow, for reckless misuse of the power may turn them Shadowbound.

Elements can found all throughout existence, and are some of the fundamental building blocks that constitute reality. A trained sorcerer can manipulate these ambient elements around themselves to bring forth small feats of magic. Though not as destructively potent as magic drawn directly from the Planes, this ambient magic is easier to shape into delicate, subtle or longer-lasting effects.

Sorcery differs from its counterpart, Arcanism, in that its practitioners manipulate all ambient elements except for spirit.

After the events of the elemental balance upset in 481 MA, the Sciomancers found they had even greater potential to harness the powers of Shadow in the form of a stabilized singularity. This singularity exerts a strong a gravitational pull that a trained Sciomancer is able to manipulate and use against their enemies.

Ready to play a Sciomancer?

The Sciomancers are mages trained in the dangerous but powerful manipulation of shadow.

Czjetija, the Plane of Shadow, is the source of the elemental shadow that naturally weaves part of the Prime Material Plane. A dangerous and treacherous element, its nature is consumption and corrosion, entropy, and insatiable hunger. Its imbalance in mortals is what allows for Undeath. Access to Czjetija is gated through Severn, the Manipulator, who wards off the Shadow Mother, Ohlsana, imprisoned within.

Where do Sciomancer skills come from?

Sciomancers are first and foremost masters of the element of shadow, manipulating it directly and with greater potency than other mortals. Through their training, they can create stable singularities and control their phenomenons, as well as curse others with different applications of maddening, corrosive shadow. They bargain with their own wellbeing for power.

Repeated use of shadow would darken the skin. Notably, eyes blacken, especially when actively using certain skills. There are martial, forceful gestures indicative of intense willpower, as well as a frequent trailing black miasma reminiscent of smoke.

Shadow is by far the most temperamental and dangerous element to directly manipulate. Repeat use and exposure can both grow beyond the wielder's control to devastating effect, as well as risk corrupting the user to Ohlsana's influence. Those who become inflicted with the shadowplague will slowly become one of the Shadowbound, a facsimile of who they were, grown monstrous and under Her control.

** Note: This is a mechanical disease!

Repeated use will have physical changes that cannot be easily hidden. The eyes will become black and nearly solid, and the corruption will be visible in the veins sprawling outwards from them. Fingertips will also darken, and skin texture may change from something porous and organic to something strange and irregular. There are chances of whispering voices becoming more present in the back of the head, in a language you don't understand, and the world losing the vibrancy of its colour. Personality may reflect a more reserved set of mannerisms and mindset as the mage exerts the guild's focus of control to ignore the temptations shadow offers.

It is important to understand and recognize the pendulum tradeoffs of a Sciomancer. To take the risks with the environment and with themselves that they do, to use such a dangerous and volatile element so wantonly, is no small feat. It is not something any should take on lightly, for a weak will shall surely succumb to Ohlsana.

The Plane of Shadow is a voracious place, seeking to devour everything that would venture into it. Those mortals foolish, or unlucky, enough to venture into the dangerous plane will find that their soul is forever trapped, unable to escape its pull in order to reach the Plane of Death. Over time, these souls become pulled apart and remade, turning into the amorphous shadeling with no memory of its former life that can be summoned to the Prime Material Plane as an extension of the summoner's own soul. Of note, a disproportionate amount of summoned shadelings will have a vague resemblance to a Minotaur. When customizing the shadeling, its colour can only be in shades of black. It's an amorphous, almost fluid-like creature, that bears a vague resemblance to a mortal Sapience race.