The Ravagers of Aetolia

Ravagers are bruisers, bullies, and brawlers, combining a martial style of hand-to-hand and foot-to-face combat that can only be described as 'fighting as dirty as possible'. Eschewing such trivial notions as honour and chivalry, instead Ravagers seek one thing and one thing alone: the glorious dance that is carnage.

In the Year 504 of the Midnight Age, deep in the midst of the Second War of Night, the Carnifex led by Bamathis, the Warlord, entered and laid siege to the sinister realm of Perdition. This pocket realm, created by Shadow General Sanaz as a secret place of torturous fire and brutal interrogations, was instead conquered by the invading Carnifex and bent to their own gruesome will. So were the first Ravagers baptised in the crucibles of savagery and hellfire. 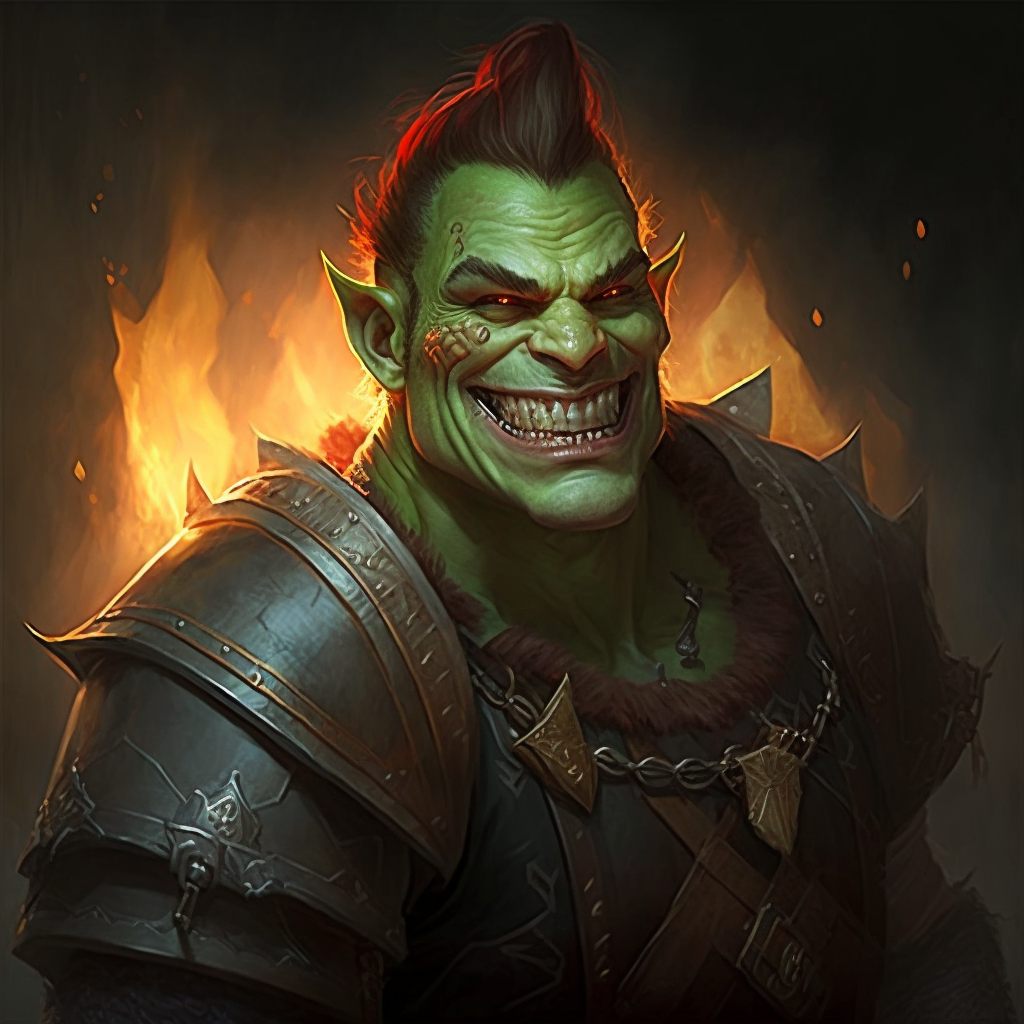 Ravagers are doughty bruisers, ruthless bullies, and rowdy brawlers; nowhere better is this distinctly Carnifexian attitude expressed than through the skill of Brutality. These martial abilities are more a mindset than a true technique. Fighting fair is for soldiers and honourable knights, and Ravagers are neither, preferring instead to brutalise their enemies through any means necessary.

Much of brutality involves making one's physical body into a weapon, combining a series of fist-based and foot-based moves into deadly results. Ably supporting this quest for maximum carnage, the Ravager's weapon of choice is the butcher's hook. After all, what is flesh but meat? Rounding out the skill are numerous feats enabling greater physical acuity, some calling upon rage itself to visit incredible punishment on the weak and the pitiful.

It was during the Second War of Night that the realm of Perdition was created: a depression in the fabric of the Prime Material Plane created by the Shadow General Sanaz. Originally intended by its creator as a fiery hellscape to obtain information through torture, its purpose was subverted and usurped by the Carnifex in the year 504 MA. Rather than succumb to the fiery torment within the harrowing realm, the Carnifex instead willingly gave their souls to it and conquered it from within, binding the realm to their control.

Now the realm acts as a conduit of power for all Ravagers, manifesting as the torturous skill of Ravaging. By using their own soul as the sieve through which the hellfire of Perdition flows, a trained Ravager can inflict untold atrocities upon their enemies, and even drag them down into the infernal realm itself.

While ego is obviously a longstanding and well understood concept, it was not until the Year 504 that the notion of wielding it as a form of concentrated power was discovered by Sapience. During the Second War of Night, as Bloodloch sought to persuade the Court of Corrupt Chaos to lend their military aid, Siphelia, the Specter, trounced Xenia Seirath of the Carnifex in a battle of wills - a battle of egos.

Intrigued by the potential of ego harnessed in such volumes as to bring about physical effects, Bamathis, the Warlord managed to achieve a similar feat as Siphelia. He granted the Carnifex the ability to engage in contests in order to bolster their egos for a rematch with the Chaos Lord and, after painstaking rounds of practice, they prevailed.

Now, Egotism exists as a manifestation of will and ego combined, able to forcibly alter circumstances to the Ravager's favour and prevail upon residual willpower to invoke a variety of powerful, mental effects.

Ready to play a Ravager?

Supporting their bullish, boisterous physical skills, Ravagers also wield soulfire in order to harrow their enemies and visit untold agony upon them. This, bolstered by their ability to channel ego itself - raw conceit - as a palpable force, makes them formidable foes indeed.

Perdition is a pocket realm, a depression in the fabric of the Prime Material Plane created by the Shadow General Sanaz. Designed originally as a fiery hellscape of torture and interrogation, the Carnifex subverted the hellfire to their own will, usurping the domain for themselves. Now, Perdition exists as a conduit of power for all Ravagers to channel its harrowing flames to agonising effect, including damning the weakest of their enemies to the very depths of the infernal realm itself.

See HELP COSMOLOGY in game for more information on the concept of realms.

At its heart, ego is simply will made manifest. Originating from the Court of Chaos, those fragments of collective will that we know as Chaos Lords or Chaos Entities are an expression of egotistical power, drawing upon a well of will and self-certainty so deep that it can shape reality itself. Discovered largely by Xenia Seirath during a battle of wills with Siphelia, the Specter, with the aid of Bamathis, the Warlord, the Carnifex learned to expand and manipulate their own ego by honing it against the very same beings of Corrupt Chaos. By dominating the court the Carnifex discovered that they too could control their ego in tangible, potent ways, and thus the skill of Egotism was born.

The sources of the Ravager's techniques include:

Ravagers are anything but subtle, their primary physical techniques more of a rough style than a disciplined, discrete methodology. Their punches and kicks are savage and cruel, their presence on the battlefield loud, crass, and thoroughly undeniable. Their butcher's hooks swing on a long chain, complementing their boisterous demeanour.

Hellfire follows in their wake, no less deadly and flashy than ordinary flames, and its channelling often invokes flickers of Perdition itself, the screams of tortured souls heard from beyond the veil. Egotism, though a mental art, also eschews much of the subtlety associated with other disciplines; while at times a Ravager CAN direct their mind in more circumspect fashion, more commonly an attack of ego is as brutal and unsophisticated as a boot to the face - something with which all Ravagers are intimately familiar.

Perdition presents the most noticeable side effect to wielding a Ravager's power. Burn scars are common for those who channel too much too recklessly. Intolerance for weakness, already a common trait in many Carnifex, can become accentuated to extreme levels.

Ego can create so vast a sense of self confidence that the merest sleights can incite terrible rage and anger. And there is always a risk of becoming too intoxicated by oneself that others rebel against you.

Invariably and without exception, Ravagers hold a deep love for battle and revel in any opportunity for maximum carnage. They are unsubtle, loud, and utterly unashamed of either their bully-esque combat style or their massive egos, which they are more than capable of backing up. Savagery and cruelty come easily to a Ravager and they rarely spare the effort of showing mercy or compassion to those they consider weak - which is virtually everyone.

Ravagers are not knights or duty-bound soldiers, and as such have no need for honour. They fight hard. They fight well. And they fight dirty. Tempered in the harrowing flames of a realm born wholly out of a desire to torture and cause pain, even pain rarely stymies them, only stoking their rage and bloodlust to greater levels.