The Shapeshifters of Aetolia

A shapeshifter is an individual that has manifested a permanent channel to the primal ley within themselves, allowing them to tap into the power and transform into a beast form. There are currently five known forms available to Shapeshifters: Werecrocodiles, Wereboars, Werewolves, Werebears, and Wereravens. A Shapeshifter can only be aligned to a single form. 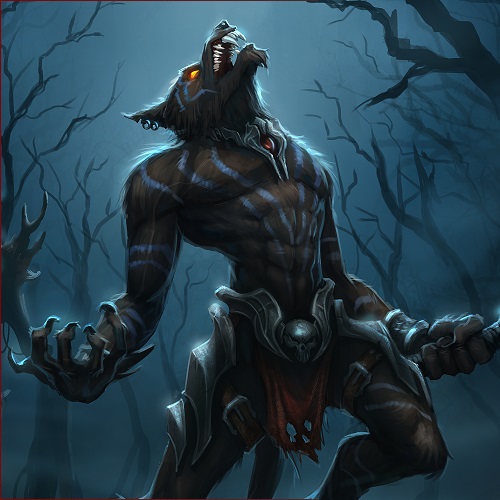 Once in a mutated form, Shapeshifters are able to do massive damage to those around them. The skill of ferality is divided into abilities that use the claws and take claw balance, and those that are bites and take normal balance. A transcendent pack of Shapeshifters is a truly fearful sight.

Shapeshifting, first and foremost, allows shapeshifters to mutate into their respective were-form. Further skills in the ability present the user with options to manipulate and further utilize this form such as changing pelts, forming packs, or hunting for prey.

Serenade a potential mate, screech at an enemy and zap his mental strength, or just rattle everyone's bones with boneshaking. This powerful Shapeshifter skill uses different squeals to harm, inflict or heal.

Ready to play a Shapeshifter?

Shapeshifters are a unique class within Aetolia, and thus have a series of mechanics associated only with this class.

While in their mutated form, a Shapeshifter will accumulate madness occasionally through critical strikes to denizens. You can keep track of your madness level by adding it to your prompt.

As madness increases, you will notice the following effects:

Madness slowly recedes while you're not mutated. The following things also reduce Madness:

Killing denizens will only remove the state of madness you receive when at 100% madness.

As mentioned earlier, it is possible to pick up and use the Shapeshifter class with zero investment into it. The class exists outside of the traditional multiclass system, meaning you don't need to have a class slot available to obtain the class.

Furthermore, your primary class (i.e. the class you were in before mutating) will contribute to the skill ranks of your Shapeshifting and Ferality skill. Vocalizing is unaffected by this.

There are currently five known Shapeshifter factions, each one representing a different beast form.

The Atabahi Rout are the remnants of the old Atabahi guild. Their beast form is that of the lycanthrope - informally known as werewolves.

The Bahkatu Sleuth are the remnants of the old Bahkatu guild. Their beast form is that of the ursanthrope - informally known as werebears.

The Scrofan Tribe are a clan located in the Ilhavon Forest. Their beast form is that of the apranthrope - informally known as wereboars.

The Kith of Torston have the beast form of an eusuchianthrope - informally known as eusuchian or werecrocs.

You can join one of these factions at the Packmoot. To find out more information about the Packmoot, please see HELP PACKMOOT.

If you tire of your current form, you can change which faction you mutate into.

Doing so costs 400 lessons. MUTATE INTO <new shapeshifter type> to begin the process. This will also clear your pelt, but you will be able to choose a new one immediately. Those without the Shapeshifter class will have to go through the usual steps at the Packmoot, or in the case of Wereravens, in Dromse.

Packs are a unique small group of Shapeshifters. Any shapeshifter can join an established Pack. Packs can include Shapeshifters of any type.