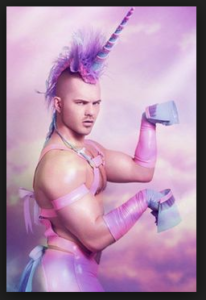 Hello again, faithful readers! Fela comin’ at you in this very special report with something scary, something neat, and something strange!
Something Scary: Rampant disease! Physicians and Alchemists have assured the Times that a new and insidious disease is running loose on Sapience! Details are slim, but our very reliable sources say that the disease is easily spread! Fatality rates are yet to be determined, as are symptoms, but this writer definitely overheard screaming, gnashing of teeth, and wails to be released from this suffering coming from the Physician’s office! Unrelated? UNLIKELY!
Something Neat: Peace on Sapience! It might be closer than you think! An anonymous representative of the Packmoot informed this darling reporter that harmony and friendship are the words of the day! Analysts suspect that some sort of powerful magic might be at work, but nonetheless, formerly aggressive packs of hated enemies were seen frolicing together, enjoying  chats of friendship, and preening each other’s coats! This reporter even received a bracelet of flowers. Could this be the beginning of a new era of harmony on Sapience?!
Something Strange: OATS! Huge shipments of oats have gone missing on nearly every major highway! Carriages ransacked, bodies with thin puncture wounds… but only oats are ever taken! Gold and valuables left behind! Survivors reported hearing noises not unlike two coconut halves being clapped together coming from the forest before attacks, but were not able to see their assailants, apparently blinded by light!
-Head Investigator Fela Tarula
Posted in Event, New Feature
← Tournament of Luck Winner!Titles, Fame, and Honors →