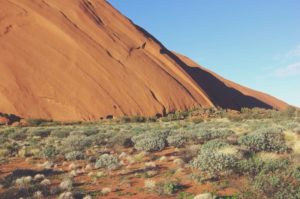 The Liruma Scrublands were full of activity these last few days! One of the oldest areas in Aetolia seems to have some upheaval in store…

A mournful dirge rose up across Sapience in late Slyphian of 472 MA, followed by the sounds of battle as the Ophidians of the Great Rock clashed with the Beastlord Cultists. The Ophidians were successful in the fight, most of the cultists laying dead around the caverns. It was later reported by the Ophidian War Chief Stl’frim that the Crow Man Lorenzo escaped with a small band of his followers – though to where, nobody is yet certain.

Drawn by the sounds of battle and grief, adventurers converged upon the Ophidian Chieftain’s chambers, where they discovered the Chieftain Skt’all laid to rest upon a stone altar. Surrounding the corpse of the fallen Chieftain were his son, Pa’akth; his advisors; a kobold chieftain; and the kobold chieftain’s daughter. From the conversations that followed, it was understood that Skt’all was poisoned by the Beastlords and Stl’frim led a battle upon them in retaliation.

Prek, an opportunist kobold chieftain, wasted no time in offering an alliance – and his daughter Agra’s hand in marriage – to the new Ophidian Chieftain. Pa’akth’s advisors objected loudly, informing those gathered that Skt’all had been adamant against any such alliance, and hinted towards their suspicions of the Kobold’s motives and timings. Ignoring the objections, Pa’akth readily agreed, and already seemed more than familiar with Agra.

At Agra’s urging, Pa’akth declared himself no longer a mere Chieftain, but the proud Emperor of a renewed Ophidian Empire and vowed to rebuild their ancient heritage lost to eons past. Prek and his daughter took their leave, planning to gather their clan and settle the base of the Great Rock in accordance with their newly established treaty.

Needing time to prepare burial rites for his father, and finalize the founding of the Second Ophidian Empire, Pa’akth has temporarily closed off the Empire’s borders, preventing entry into their caverns.

Posted in Event
← This is your VaultPlayer vs Environment, Tiny Pets vs Tiny Environments →