Creation of the Gods

The fundamental myth of Creation, in which the Celestine gives birth to the original Gods of Sapience.

While this is indeed a myth of unknown author, and not historical fact, there is nevertheless magic in the telling... 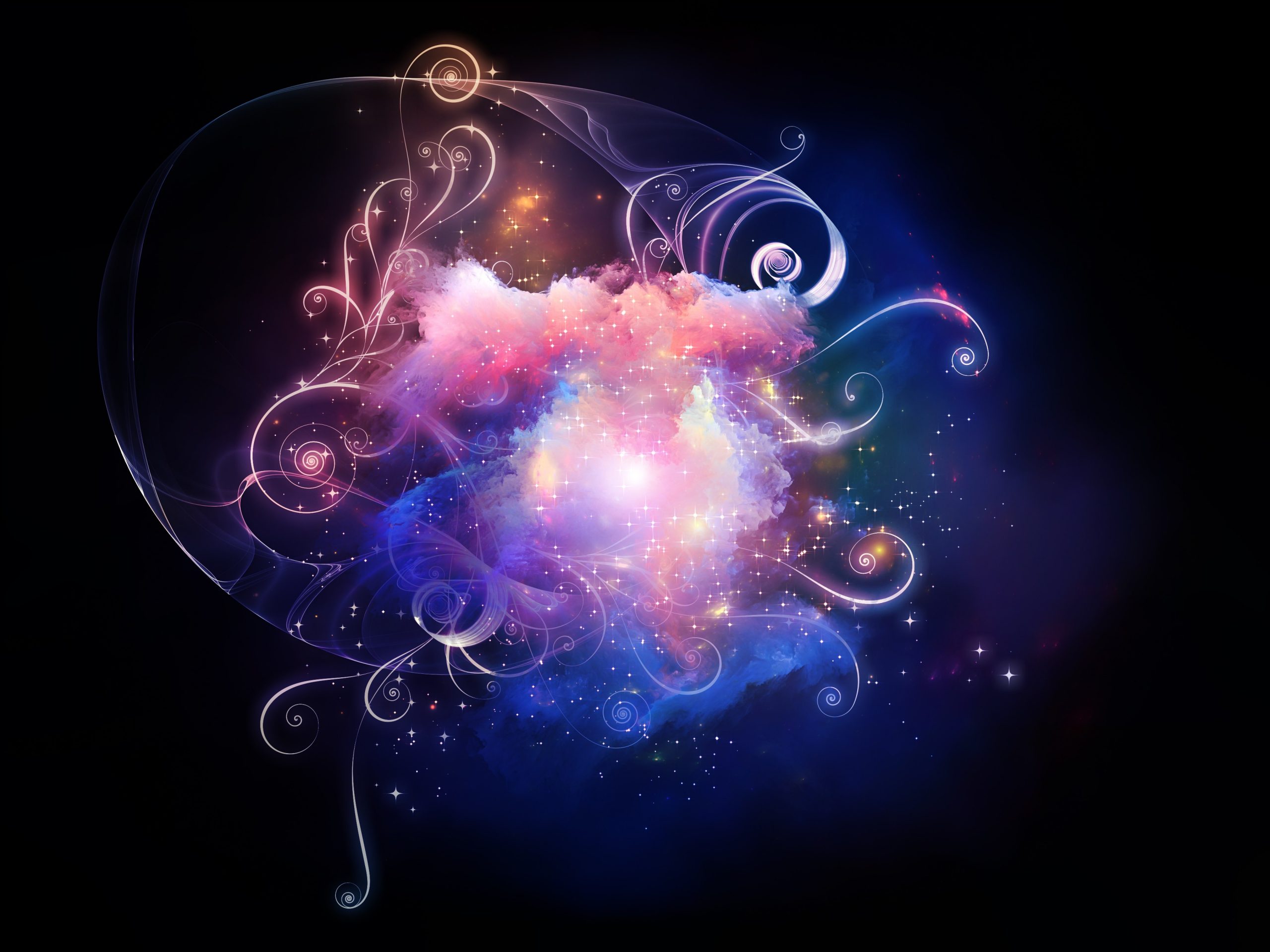 In the beginning, before all else, existed the Celestine. Knowing Himself to be Varian, the Celestine floated, alone in the emptiness that was Creation in its earliest days, and dwelt in thought. Discontented with the nothingness encompassing all that is, Varian frowned, pouring forth from Himself a river of essence.

As He looked upon His essence - divested fragments of His unknowable mind - He saw that it had become entangled and dark. The Celestine frowned again and pondered the dark essence for countless eras before reaching into it. His fingers grasped the strands of light and dark, and pulled, drawing out the Spirit of Truth and, with it, the Nature of Artifice. Neither was alone, for They were pulled together. They were forged of one thought, each a part of Varian Himself and a complement to each other. The Celestine looked at His two children, smiled, and bestowed upon Them the Gift.

The Truth saw through the darkness; but without Artifice, there was no darkness at all.

As Truth and Shadow moved away from Him to supervise His Creation, They fought, and Varian was lonely once more.

Still the Celestine pondered what He had made -- and what He had not yet brought into being. The universe was without limit and greatly lacking. He looked at the essence, and the darkness, and He sank once more into thought. All was static, and He wished for endings and beginnings.

Once more He reached into the essence - all that is, was, and would be -  and three were brought forth. From the same thought came the Lady, the Hunter, and the Bringer of Ends. They came together, hand in hand, to work the will of the Celestine over time.

The three, understanding, took the Gift and began Their work. The Lady of Renewal crafted tiny sparks of life from Her own essence. He Who Hunts, called Haern, saw the needs of the sparks and came to stand beside the Lady. He nurtured the sparks, forging within them an understanding of severity and necessity, and they thrived. Yet in time the sparks grew too full and they began to sicken. The Hunter and the Lady called to Their sibling, and the Bringer of Ends answered Them.

The Bringer of Ends looked upon the sparks and saw their need. He grimly accepted the burden given Him. He understood that the End was not welcomed by the sparks, but needed, and that His gift was one of loss. The Lady looked upon the Bringer and felt compassion. Together, the triplets began the Cycle. Thus the sparks and the universe came to know the passage of time.

Once He called, to bring forth the world, and Four answered. Formed from the same thought, the Four came in Balance. Never were they alone, for they were each siblings. Though they came from the same essence, another sliver of the Creator's fathomless will, each of them was different, distinct from the Others.

The Celestine smiled, and bestowed upon each the Gift. The Four looked to the Celestine and They listened. Understanding, They moved through the emptiness and began to shape our world.

Each of the Four shaped the world according to Their essence. The One Who Walks received the Gift, and He walked with the Lady Who Gives Hope.

He spoke with Her of the need of the sparks, and other things. And as They walked, the Walker and the Lady discovered the Bringer of Ends. The One Who Walks looked at the One Who Ends, and They spoke with the Lady.

As They separated, the Bringer of Ends felt warmth blossom amidst the cold. The Walker's eyes shone with love.

The One Who Changes, being the Lady Slyphe, found the earth Her brother had moulded. She frowned in thought. The brown earth was boring and solid, and the land never changed. The Changer placed Her hands on the earth and summoned a great wellspring of Her essence. Her essence flowed upon the land in icy rivers and warm seas, and with Her waters came much variance and motion. The water flowed over the earth, and the Lady Who Changes turned away to find more to change.

The Gift barely took hold on the Spirit of Consumption, for it had yet to need the Gift. While the earth was moulded and the water flowed, the Spirit sparked and brought heat. It crawled over the world, bringing warmth and consuming the flawed. Fire brought instability and power to the world.

The One Who Watches claimed what was left of the world. He raised His arms and air filled the world. Underlying streams of ether flowed under the earth, the waters, and the flames.

The Four, together, spread Their essence apart and the world became of the nature it is today. They began to struggle amongst themselves, for each wanted His essence to be the foremost of the world. For the last time, the Four worked as One.

The Lady, urged by Her brothers of the Triplet, went before the Four in One. She told Them of the sparks, and told Them of how They needed the world as a home. The Four listened to the plea of the Lady, and They looked upon the sparks. They opened the gates and into the world came the sparks, taking a shell of flesh and blood and bone. The sparks began to walk upon the world.

The Truth left the Shadow to stride behind the Creator. The Shadow faded into the darkness, seething. Together the Triplets and the Four walked with the sparks, moulding life and time and the world.

Yet the world was changed only by waters, and the sparks in the world wandered without purpose. The Celestine sat, and He frowned thoughtfully. He reached again, and called. His need brought forth the Five. Each of the Five was formed from the same abstract thought, and never were they alone, for They came together. The essence of each was a concept with which to shape the purposes of the sparks. The Celestine smiled, and bestowed upon each the Gift.

The Five awoke and they looked and They brought Their gifts to the world.

Arion, the Knight, strode valiantly into the world, bringing Valour and Honour. He looked at the sparks, and pitied them. He taught them combat, and honour, and to be courageous in the face of the dangerous new world.

Alongside Him strode the Hidden One, Who we now know to be Corruption. They were friends at that time, for the Hidden One still hid cruelty behind a mask of kindness. Yet behind the mask blossomed a cruelty both sweet and sharp. The Hidden One looked upon the sparks, and knew delight. It saw lesser life to torment as It wished.

The Muse, Iosyne, brought colour and art while the Child, Khepri, brought mischief and trickery. The Muse saw that Her brother the Knight had brought combat to the world. She frowned, and thought to Herself. She was not one of violence, and loved challenges of mind and works of beauty. She taught them art, and colour, and poetry to expand their thinking past fighting. The Child looked at both, and laughed. She walked among the sparks behind Her siblings, and taught them that not all things were serious. She taught them the joke, and the prank, and how to act innocent. Far away, the Second heard the Child and smiled to Himself.

And behind them all came the Dreamer, who carried emotion. Yet It held Its gift in Its hands, waiting and waiting. The sparks were ready for the intensity of neither love nor hate; each would destroy them, in its own way. It sat sadly with the Celestine and watched over the sparks and the world with Him, waiting for the time of need for Its gift.

The world became vibrant with purpose, and the Five fought over whose philosophy would rule the sparks. The Knight and the Hidden One boldly stood before the sparks and showed by example what they thought was the proper way to live. The Muse swayed the spark's convictions with her rhetoric, while the Child won their affections with her laughter. The Dreamer waited, and made great plans.

The Four in One fell apart, and they began to quarrel amongst themselves over who should shape the world next. The Triplets, too, looked sadly on the conflict. And the Spirit of Truth walked with Severn upon the world, under the watchful gaze of the Celestine.